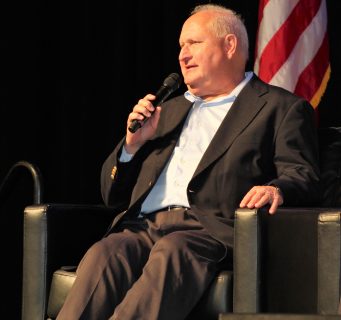 A former Dean of the Purdue College of Agriculture says President Trump is correct to take on China over trade but the way he has gone about it is wrong.  Bob Thompson told Hoosier Ag Today, “This tariff war we have launched is really screwing up our international competitiveness.” He added the tariff approach has been especially tough on U.S. agriculture.

“We have lost a lot of export in 2018 and into 2019, and it has damaged our reputation as a reliable supplier. Nobody has ever won a trade war.” But Thompson, who headed up rural development at the World Bank after leaving Purdue, said Trump was not wrong in taking on Beijing over trade, “We had to take on China over their stealing of international properties, but personally I feel using tariffs was the completely wrong way to get their attention.”

Thompson, who served as Dean from 1987 to 1993, says U.S. agriculture is in a competitive struggle to grow its share of the world food market.

“We are not the only player in this game. Brazil is investing more in ag research than we are, even China is. In recent years, Russia has come on like gangbusters in the export market.”

He said the U.S. will have a tough time rebuilding market share and restoring its reputation. Thompson was one of the keynote presenters at the Purdue Ag Alumni Fish Fry.