Hemp Bill Delayed in the Indiana Senate; ISDA to Focus on Processing Facilities

Senate Bill 516, a bill to regulate hemp production in Indiana, is making its way through the Statehouse slower than what many would like. Senator Randy Head, author of the bill, told Hoosier Ag Today that he was hopeful it would have reached the floor for a vote last week after a proposed amendment; however, it was held up longer than anticipated while trying to draft the amendment. He anticipates the bill moving forward next week.

If and when the bill becomes law in Indiana, Indiana State Department of Agriculture Director Bruce Kettler says it’s still going to take time for the industry to become viable in the state. 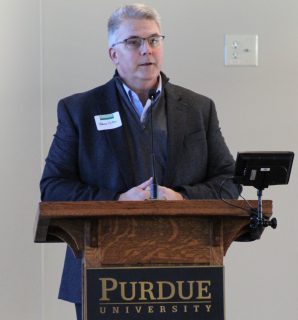 “2019 will still be very much a research year like it has in the past. The difference is that people may be able to produce products and sell those products because it’s no longer considered a class 1 narcotic, but it will still involve people being involved in research programs. That’s opened up; there’s more opportunity for that.”

Kettler says his office is receiving inquiries regarding hemp production daily, which he sees as a good thing as Hoosier farmers are looking to diversity. He says that his office would not be involved in regulatory oversight, but they will be involved in bringing new processors to the state, which will be a top priority. I asked Kettler if growers should show caution about immediately jumping in to the hemp business.

“Absolutely; it is a new area. Obviously, we don’t have a lot of industry, or support, or processors that are in place. We want to bring them in, and we want them here, but they’re not in place in a lot of areas. So, I would just tell people that that are thinking about getting into this it’s probably better to be cautious and go slow. You want to have an outlet for your product whether that’s for fiber or whether it’s for the seed part of it.”

Kettler added that any contract you sign with a company should be looked over by an expert.

“Like any new venture, there could be people out there that want to take advantage of people and we certainly wouldn’t want to see any of our farmers being taken advantage of in a situation when they’re trying to do something that will benefit their operation and their farm.”

We will continue to follow the progress of SB516 as it makes it way through the Senate and hopefully on to the House.