Hoosier Farmers OK For Now on Trump Trade Approach, but For How Long? 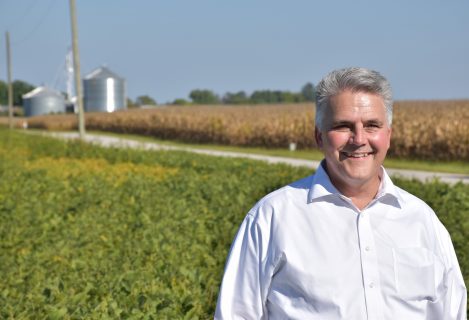 He said from everything he is hearing, Indiana farmers are ok for now with President Trump’s trade approach since we have an agreement with Mexico. However, he says that may only last weeks, maybe a couple of months, until this potential record crop is harvested before farmers get really worried that this will become a longer-term issue if they don’t start seeing some results.

“We have the opportunity to lose markets and you just don’t gain them back immediately. Even if we get Mexico and Canada in the fold right away, there are still other people that they’ve been talking to that maybe have chipped into our markets a little bit. And that continues to happen in other countries, specifically some of the Asian countries where there’s some concern about whether we (the United States) can be a reliable supplier.”

Kettler arrived in Manitoba, Canada on Sunday with Lieutenant Governor Suzanne Crouch for a trade mission. I asked Kettler if the ongoing negotiations with Canada would be brought up, and if he felt they would have a negative impact on the trip.

“I don’t think it’ll be negative. I think it will be brought up, and probably should be. But at the same time, one of the things I think we all have to remember is that the United States has some concerns with Canada the same way they have with us. It’s not a one-way street. So, if some concerns get brought up, I think that we’ll be able to bring up our concerns with what they’re doing, particularly in dairy and some other areas. But I feel very possible we’ll have a great trade mission.”

Crouch signed a memorandum of understanding with officials from Manitoba on Monday to form a partnership to advance agriculture and economic development.

Mexican officials are headed to Washington to move that agreement forward with or without Canada. And all reports indicate that President Trump is ready to levy an additional $200 billion in tariffs on Chinese goods.