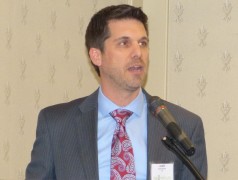 Indiana agriculture groups and the Indiana House and Senate are trying to get together on revisions to the state’s grain indemnity and grain buyers and warehouse laws. The Senate Ag Committee has taken up Senate Bill 476 and the House Ag Committee heard HB 1237 Thursday. This comes after the closure of Cline Grain in April last year, affecting many Hoosier farmers. Justin Schneider is Director of State Government Relations at Indiana Farm Bureau.

“As we’ve looked at that failure and how things have worked out, there have been a lot of issues identified,” he explained. “There has been uncertainty in collecting of premiums and who should be paying in and how to give refunds, giving notice for refunds, and farmers not understanding that they were only covered for twelve months after they had delivered the grain. So we’re trying to address a lot of those issues as well. Definitely end up with more notice and make sure that all the i’s are getting dotted and t’s are crossed.”

Schneider says the coverage length depends on which bill you look at and it varies from 12-24 months. 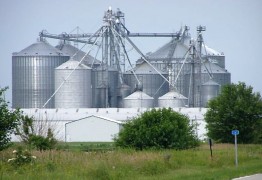 “SB 476 was amended to go to 18 months. There is another bill in the house that hasn’t been heard, and that’s Representative Jim Baird’s bill. We’ve gone on the record in both the house and senate that we’re willing to go out as far as 18 months. That’s all still under discussion and I think it’s going to move from 12, but we’ll see where it lands.”

Navigating through the complex bills includes getting ag groups together and agreeing to the same goals.

“We’ve made a real serious effort to go out and gather a lot of facts,” Schneider said. “We’ve talked to farmers to look at the information that was out there, looking at the grain contracts and the fact that there wasn’t 12 months stipulated in the contract. I think based upon all those facts we need to look at doing something retroactively to deal with this last issue, especially since there were some folks who didn’t get notice either, that had previously collected refunds but had since been paying into the fund. So there’s just a lot of those little issues that have fallen through the cracks, and that’s really where the disagreement is.”

He said there is a long way to go but Schneider is hopeful everybody will “get on the same page.”