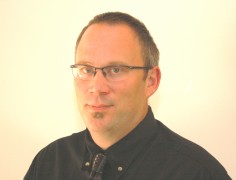 Indiana harvest keeps rolling along as mostly sunny days continue across the state. Some farmers have already wrapped it up and others are getting close to completion. Hoosier Ag Today chief meteorologist Ryan Martin says it should be full speed ahead from now all the way through the weekend at the very least.

“For the most part I think we’re going to be able to truck right along with no major problems right on through the end of the weekend,” Martin said. “I do see a big weather change coming but I don’t think it has a lot that can stall harvest. The front to me looks like it wants to move through late Thursday night through early Friday with very little moisture, if any at all with it. The main thing we’ll notice is probably a 15 degree drop in temperatures. It will be a chilly weekend but still with as dry as our air mass is, I think harvest goes along just fine.”

Dry and compacted soils will greet farmers who plan to follow up harvest with tillage work. Martin says there might be a little rain next week to loosen things up just a bit.

“I tell you what, if you’re wanting to work some dirt the best thing that I can say is we’ve got to look toward the middle to second half of next week. I still look for a fairly promising front to move through in that time frame. Just how promising is in up in the air. I think a quarter, to half, to maybe ¾ of an inch of moisture top end. If we see temperatures rise just ahead of the moisture maybe we can get an inch or more. But if you’re running into compaction, if you’ve got just bone dry, blow it away kind of soils, next week is your time frame to watch. If we don’t get any there, we might be setting ourselves up for a pretty dry run into early November.

Get Martin’s regular updates at hoosieragtoday.com on the apple and droid mobile app.