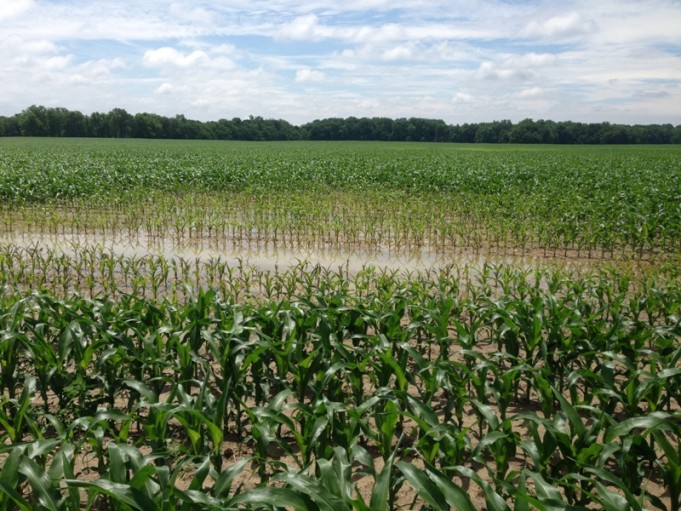 A break in the rainy weather along with mild temperatures reduced some of the ponding and the number of over-saturated fields allowing many farmers to finally apply nitrogen to corn and soybeans, according to the USDA, NASS, Great Lakes Region. While the Central and Northern regions of the State received a much needed reduction in precipitation, the South continues to experience above average rainfall, slowing crop progress.

Corn and soybeans remain under 50% in good to excellent condition, but may improve with favorable weather conditions. While the national corn rateing improved by 1% the ratings in the Eastern Corn Belt did not.

Several winter wheat fields are still too wet to be harvested, leading to prolonged delays in double-crop soybean plantings. Growers tried various methods to restore nitrogen to corn fields, and the best methods were difficult to determine given the unusual circumstances and variability in the progress of the crop. Losses from the saturated fields were greater in late planted corn

Many early planted corn fields survived the flooding, although concerns of disease and nitrogen loss remain high. The amount of prevented plantings on soybeans remains in question as many growers seized the opportunity to get late beans in. Low lying fields remained saturated with yellowed and pale crops, as drainage systems remained overwhelmed. Weed pressure continued to increase. 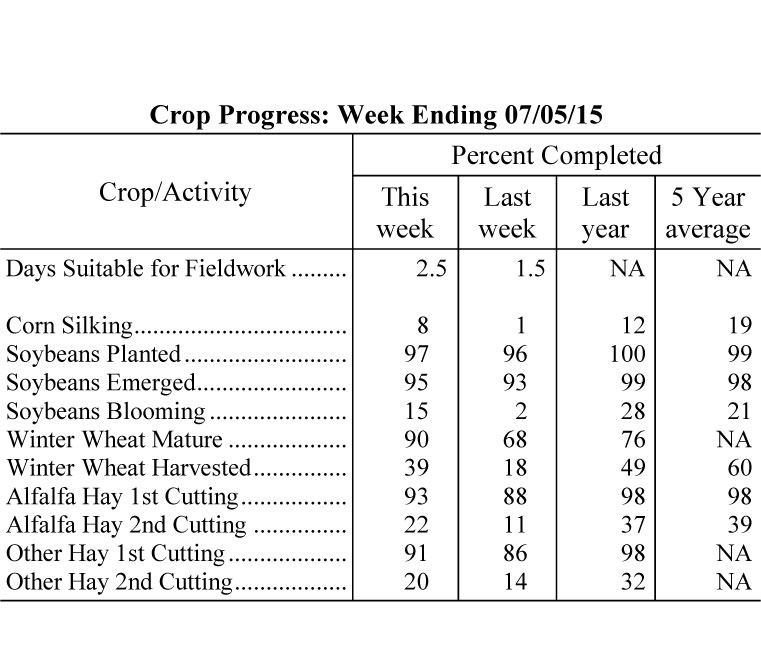 Hay farmers took advantage of the mild temperatures and good drying conditions to cut and bale hay. Some areas with sweet corn showed signs of smut pustules along stalks and leaves. Feedlot conditions improved over the week. Other activities for the week included applying fertilizer and herbicides, hauling grain, certifying acres, and mowing roadsides.

Vilsack is Back at USDA, Indiana’s Braun Reacts