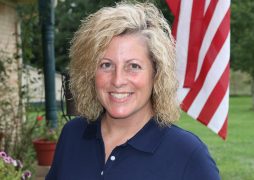 The National Pork Board has announced the four finalists vying to be named the 2017 America’s Pig Farmer of the Year, and last year’s finalist from Decatur County, Indiana finds herself back in the top four. Cindy Cunningham with the Pork Checkoff says these four farmers are willing to share their farming story with the American public.

“This is a program that honors U.S. pig farmers each year who excel at raising pigs and using the We Care ethical principles, and are committed to sharing their story with the American public,” she said. “The finalists this year are Bill Luckey from Columbus, Nebraska, Maria Mauer from Greensburg, Indiana, Leslie McCuiston from Columbus, Nebraska, and Leon Sheets from Iona, Iowa. These four are meeting with the expert panel of third party judges in Chicago who will view the videos produced on each of the finalists’ farms, as well as interviewing them.”

A five-member panel is helping judge the competition.

“That panel includes Brittni Furrow, Walmart senior director of sustainability, Dr. Robin Ganzert, president and CEO of American Humane, Kari Underly, a third-generation master butcher, Dr. Scott Vernon, professor of the College of Agriculture Food and Environmental Sciences at Cal Poly, and Brad Greenway, the 2016 America’s Pig Farmer of the year and chairman of the U.S. Farmers and Ranchers Alliance.”

You can help select this year’s winner. Voting is open August 30 to September 8. You may vote once per day at https://www.americaspigfarmer.com/vote/.