More Optimism Surrounds This Round of Trade Talks with China

Trade talks between the US and China continue this week in DC. While the timeline of a deal continues to be a mystery, Ag Secretary Sonny Perdue says that the good news is that we’re still talking. He says he’s optimistic. 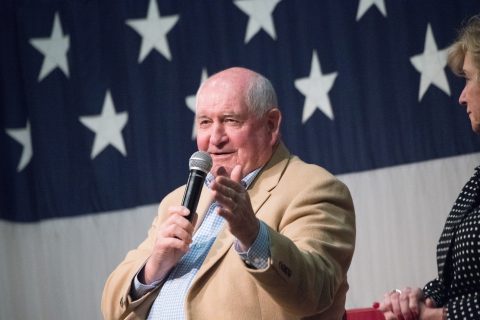 “This is the number two guy in China. This is an emissary that President Xi has sent here that can speak for him. Obviously, I think the finality of this deal will be done between President Trump and President Xi, as it should be, but I’m optimistic that Vice Premier Liu He is back here in town.”

He says the struggle remains to be China’s recent history and if they’ll allow for certain provisions in any deal.

“China has indicated before in the past they were willing to do some things and then didn’t live up to that. When they entered the WTO, they made some commitments that we don’t believe they’ve lived up to. So, it’s a matter of really having some enforceable consequences if these agreements are not adhered to.”

Arlan Suderman, Chief Commodities Economist with INTL FCStone, says he believes the Chinese are taking President Trump a bit more seriously now than they were just a week or two ago.

“When the Mueller report came out clearing President Trump, they realized that they were going to have to deal with him until 2024 possibly, assuming he would win the 2020 election, they saw an increased chance of that after reading that report. So, they came with a much more serious proposal on the more contentious structural issues. This seems to suggest that they want a deal and want to get it quickly.”

Where do talks go from here? Suderman didn’t rule out a tentative agreement still to come this week out of talks. Perdue told the crowd at Purdue University on Tuesday, “The ball is in China’s court.”