For the past 3 weeks I have been at the Indiana State Fair celebrating the Year of the Farmer. So imagine my surprise upon returning to the office and finding out that, while I was out, the forces of evil (in my opinion) were busy trying to put the farmer out of business. Not only were they putting the farmers out of business, but also trying to take away one of the basic staples of the American diet.  Yes, the Humane Society of the United States has launched a campaign to eliminate bacon and eggs.

According to Humane Watch, a group that keeps an eye on the actions of HSUS, a ballot measure was proposed that would ban most pork and eggs from being sold in Massachusetts by 2022. The proposed law would ban the sale of all pork and egg products that come from farms using common animal housing systems. They say the measure is to protect public health and animal welfare. Their approach is a bit different than what they successfully implemented in Florida and California. Rather than pushing the animal welfare angle, they are using the food safety approach.  The measure needs 90,000 signatures to qualify; but, given HSUS’s ability to drum up phony press and drop money on signature-gatherers, expect it to make the 2016 ballot.

Massachusetts’ voters have a history of not being very discerning, after all they kept re-electing Ted Kennedy time after time.  But are they willing to give up their bacon and eggs? The food safety claim by HSUS cannot be supported by research, but when has that ever stopped HSUS? Research studies show that their cage-free approach is actually bad for the health of the animals and for the quality of the food. For instance, cage-free systems result in more manure on eggs as the birds are in an open floor system, while cages are designed so that the manure falls out of the cage and onto a belt, where it is swept away. Which system sounds better for food safety? The Coalition for a Sustainable Egg Supply published multi-year research this year that exposes HSUS’s false food safety claims.

Massachusetts’ voters don’t have to look any further than California where the HSUS ballot proposition was implemented in January. The cost of producing eggs soared, and California eggs rose to a price 66 percent higher than other Western states. The Massachusetts measure is even more invasive, and it shows that HSUS is willing to spend millions to make sure that affordable animal protein is taken away from consumers.

According to Humane Watch, “The proposed measure surely violates our Constitution’s Interstate Commerce Clause. If the measure passes, Massachusetts will be telling every other state that sells chicken, veal, or pork to the Bay State how to house their animals.”

If you ever needed an example of how dangerous this organization is to American agriculture, here it is.  If you ever needed a reason to stand up and support the many groups that are working to expose HSUS for what it really it, this is it.  So, fix yourself a big plate of bacon and eggs, then get serious and join the fight. 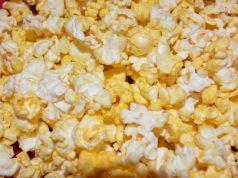 Commentary: Why Indiana Senate Bill 97 is an Important Ag Bill and Should be Taken Seriously 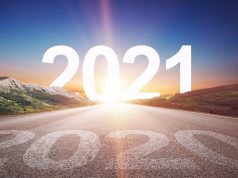