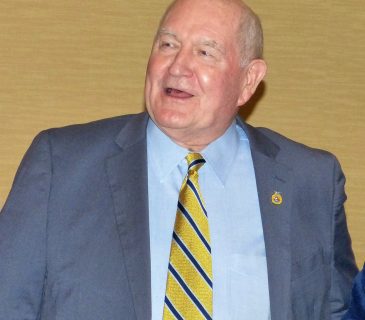 With the elections over, Ag Secretary Sonny Perdue says it is time get going on approval and implementation of NAFTA 2.0, or the U.S.-Mexico-Canada Trade Agreement. No matter how the balance of power works out, he says it’s a good trade deal.

“Well the timeline obviously depends on Congress,” Perdue said. “I think it will be done in the first quarter. This is a great deal. It’s a good deal for agriculture. It’s a great deal for the American worker, for the auto industry and others, and I cannot imagine it would not be confirmed by Congress.”

Perdue remains optimistic that there will be an end to the trade dispute with China. He says the resolution depends on China, with whom the U.S. has continued to have trade conversations.

“It’s just a matter of when China makes up their mind they want to play by the rules the rest of the world is. It’s not right, and President Trump to his credit threw the flag and called them out on that fact that they were forcing a technology transfer of our intellectual property, and in fact even sometimes deceptively stealing it. And that’s not right.”

He says you can’t have a trade platform between two countries if you’re not playing by the same rules.