2018 Farm Bill Passed Out of Committee Along Party Lines

The House Agriculture Committee marked up and passed its version of the 2018 Farm Bill out of committee this week. The legislation, known as HR2, moves on to the House floor. However, the bill was passed out of committee along party lines, with Democrats opposed to the new work requirements for recipients in the Supplemental Nutrition Assistance Program. Texas Republican and House Ag Chair Mike Conaway says it took a long time to get to this point. 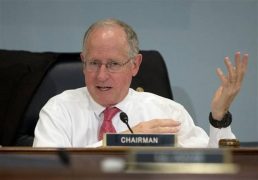 “Three years in the making; some 114 hearings that went into coming up to the bill that was introduced and marked up. A lot of misunderstanding and still a lot of misinformation that Democrats are laboring under. We hope that over the next several days, before we go to the floor, that those misunderstandings and just flat wrong ideas can be cleared up about what our bill actually does.”

Top House Ag Democrat Colin Peterson said in a release that in addition to his objections to SNAP, “The bill fails to make needed improvements to the farm safety net. American farmers are suffering from the largest drop in farm income since the Great Depression but the farm safety net in this bill is inadequate and won’t help farmers.”

Conaway says most of the non-SNAP title will look largely similar to the 2014 Farm Bill with some changes to the Conservation Title.

Hoosier Ag Today will have reports from Washington D.C. throughout this coming week with more reaction from House and Senate Ag Committee leaders on the progress of the Farm Bill.