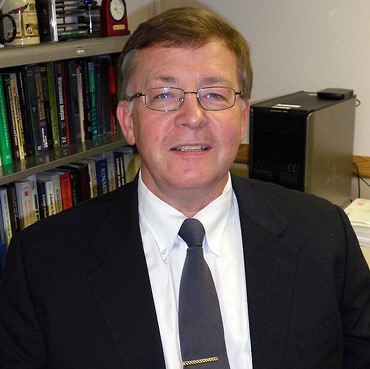 Dr. Dan O’Brien is a Professor with the Department of Agricultural Economics at Kansas State University. He says soybean exports could have quite an impact on prices during the next year. Overseas demand for soybeans is likely to be strong, but the challenge is the U.S. might not have enough soybeans to meet that demand.

“The main issue that’s a surprise to this market is how tight the stocks are, and the stocks-to-use. USDA came out in their December 10th report and projected a 2.9 percent stocks-to-use ratio and 175 million bushels, and you’re getting awfully close to where we were back in 2012-2013 when we were around 100 million bushels and the minimum that we had then was 2.65. The thing that strikes me is that there’s the possibility of pretty strong export demand, particularly with dryness down in South America.”

He says finding any extra soybeans to export would mean a lot fewer beans available for domestic use.

“When I look at the scenarios of where we would go if we had to draw more than the USDA’s projection of 2.2 billion bushels, there’s hardly anywhere to go. We would have to start cutting back domestic crush to go much higher with exports. It looks to me like we could keep the USDA’s balance sheet unchanged across the board except for adding 50 and then 100 million bushels to their projection, and you’d get down to 125 to below 100 million bushels, down to 75, and we’re teetering on that edge.”

O’Brien says if the U.S. does try to pull all the extra soybeans it can find, prices are going to immediately jump up.

“Economists talk about inelastic parts of the demand curve. We’re sitting there at $10.55 at 3.86 stocks-to-use, which is unheard of considering where we thought we might be a year ago. If we try to crunch this thing and tighten it up even more, basically getting the brooms out to sweep around inside the bins to get everything, we’re at the place where instead of $10.55, if we had to go there, you’re jumping up explosively. Up to 12 dollars, up to 13 dollars, et cetera. Nobody wants to be an ‘over-panicker’ on this, but the USDA didn’t raise that number, I would contend, because they didn’t have much room to raise it at all.”

If soybean prices keep going higher as a result of the demand, O’Brien says that could mean we’re in for an acreage battle heading into the 2021 planting season.

“I don’t doubt that there will be with prices like this for beans, and the corn growers don’t want to be left out. When you look at the type of prices that we’re seeing for new-crop bids for corn versus soybeans, here we have Dec. corn last I looked at trading around $4.15 to $4.20. November soybeans were about $10.80 to $10.90. What I’m saying is if we continue to have strong demand pull from China and other parts of the world for soybeans, and we start to jump 50 cents to a dollar higher for beans, then you’re right square in the psyche and decision-making framework of our farmers.”