The Hoosier Beef Congress (HBC), the largest single state prospect cattle show held in the United States, took place at the Indiana State Fairgrounds December 3rd through December 5th.  For over three decades, the HBC has played an integral part in developing a passion for the beef industry and agriculture in Indiana’s youth. For many, it is a proud family tradition as many of the parents of today’s junior participants also showed at this event when they were young.

On Saturday morning, hundreds of cattle enthusiasts participated in the cattle judging contest.  Later, an All Star and Breed cattle sale took place followed by over 600 young exhibitors doing their best in the Showmanship competition.  The Junior shows on Saturday and Sunday saw about 1200 cattle sorted by the three judges. The popular HBC tradeshow offered Indiana cattlemen and women examples of the latest in cattle handling equipment, feeds, educational demonstrations and lots of retail shopping.

The live streaming of the HBC continues to grow in popularity for those who cannot be there in person.  The videos of the 2021 HBC Showmanship and Junior Shows have been archived and are available for viewing at www.waltonwebcasting.com.

“It is the work of the HBC committee, the many volunteers and IBCA staff who have made this event so special, for so many people, for so many years.” said Joe Moore, Executive Vice President of IBCA.  For complete show results, go to www.hoosierbeefcongress.com 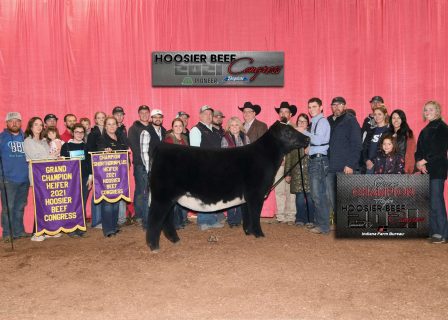 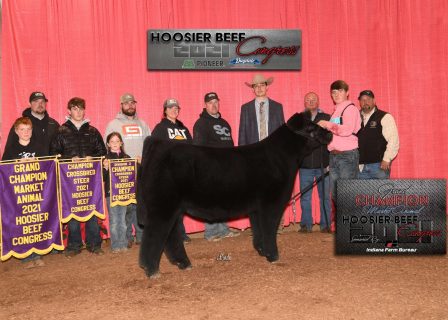 Challenges the Ag Economy Could Face in 2022

Vilsack: ‘Our Chinese Friends are About $16B Light’ on Phase One Agreement