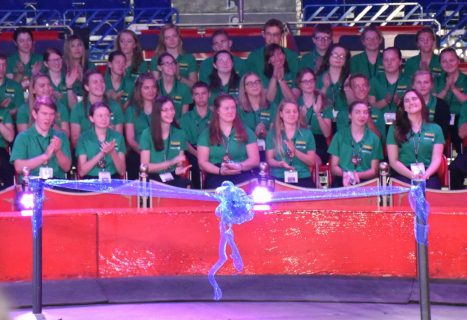 As 4-Hers make their way to this year’s Indiana State Fair, Director of Purdue Extension, Dr. Jason Henderson, says 4-H numbers throughout the state and at the State Fair are in good shape.

“In the state we’ve been fairly steady and that’s been really good. Here at the State Fair, yesterday we checked in the barrow show. Our numbers were up in terms of number of exhibitors; up about 40 exhibitors this year. So, we’re excited about that and look forward to the rest of the State Fair entries that come in over the next week or so.”

Henderson said they are seeing a shift in the type of livestock being shown. He attributes this to the state of the agricultural economy. 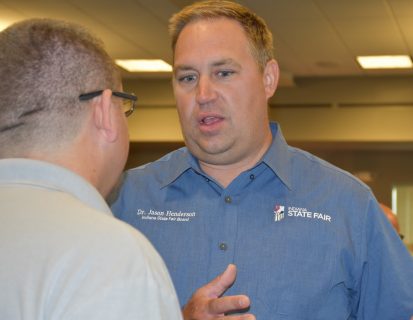 “So, you see the number of people that are showing steers, which tends to be a higher price project, and it’s a little more difficult. While at the same time, you have more livestock exhibits like goats where the numbers are going up. It’s more manageable, especially if you have smaller plots, more of an urban lifestyle, type of activity. But various different goat numbers are up and various different activities.”

With all of the activities, like sports or (perhaps more prominently) video games, I asked Henderson what the trick was to keeping kids engaged in 4-H. He said kids want to learn in a fun and exciting environment.

“We’re not talking about putting them in a classroom and looking at a board and being lectured. It is really for us hands on learning experiences. I can remember, when I learned best was when I broke something on the farm and had to figure out how to fix it before my dad got back from the field. And that’s what a lot of the youth and what we bring to the table is the ability to take things, maybe robotics, build something, maybe break a few things, and then figure out how do we fix this and how do we make that work.