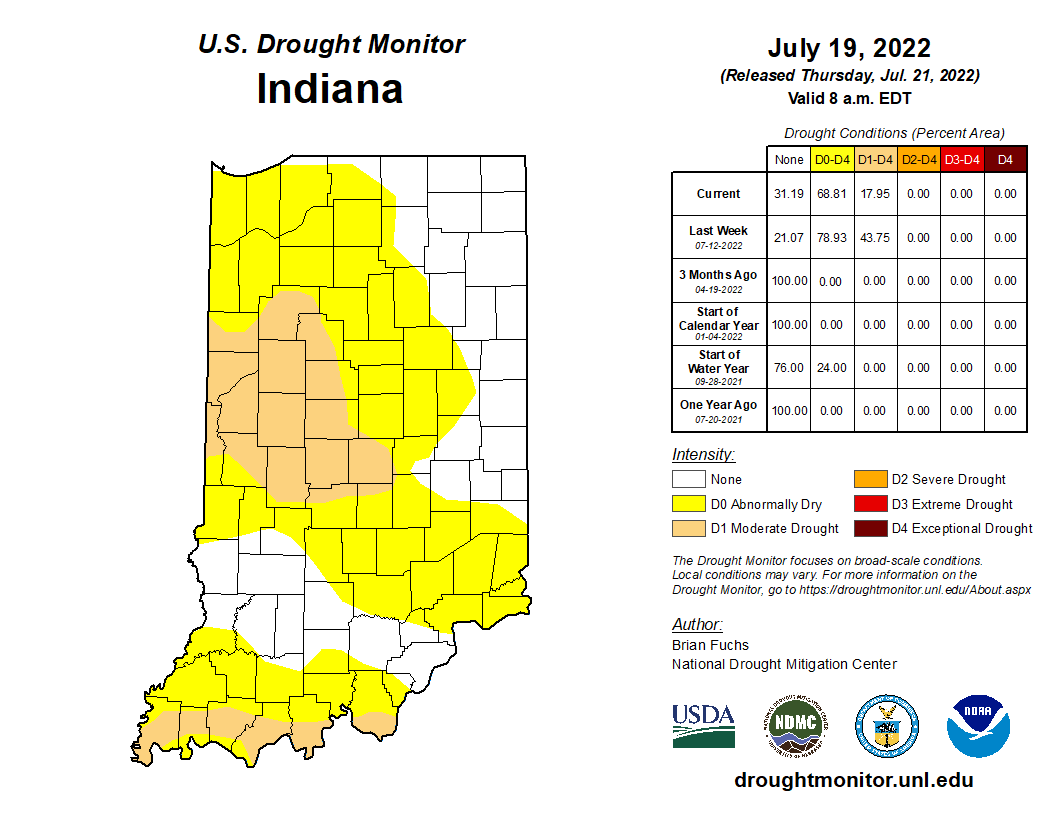 Rain across much of Indiana late last week has helped to improve dry conditions. However, 68 percent of the state is still listed as having abnormally dry conditions, while nearly 18 percent of Indiana is currently going through a moderate drought as of Tuesday, July 19 according to the U.S. Drought Monitor.

The increase in rainfall brought those numbers down from 78 percent the previous week for abnormally dry conditions. Nearly 44 percent of the state was under a moderate drought the week before. 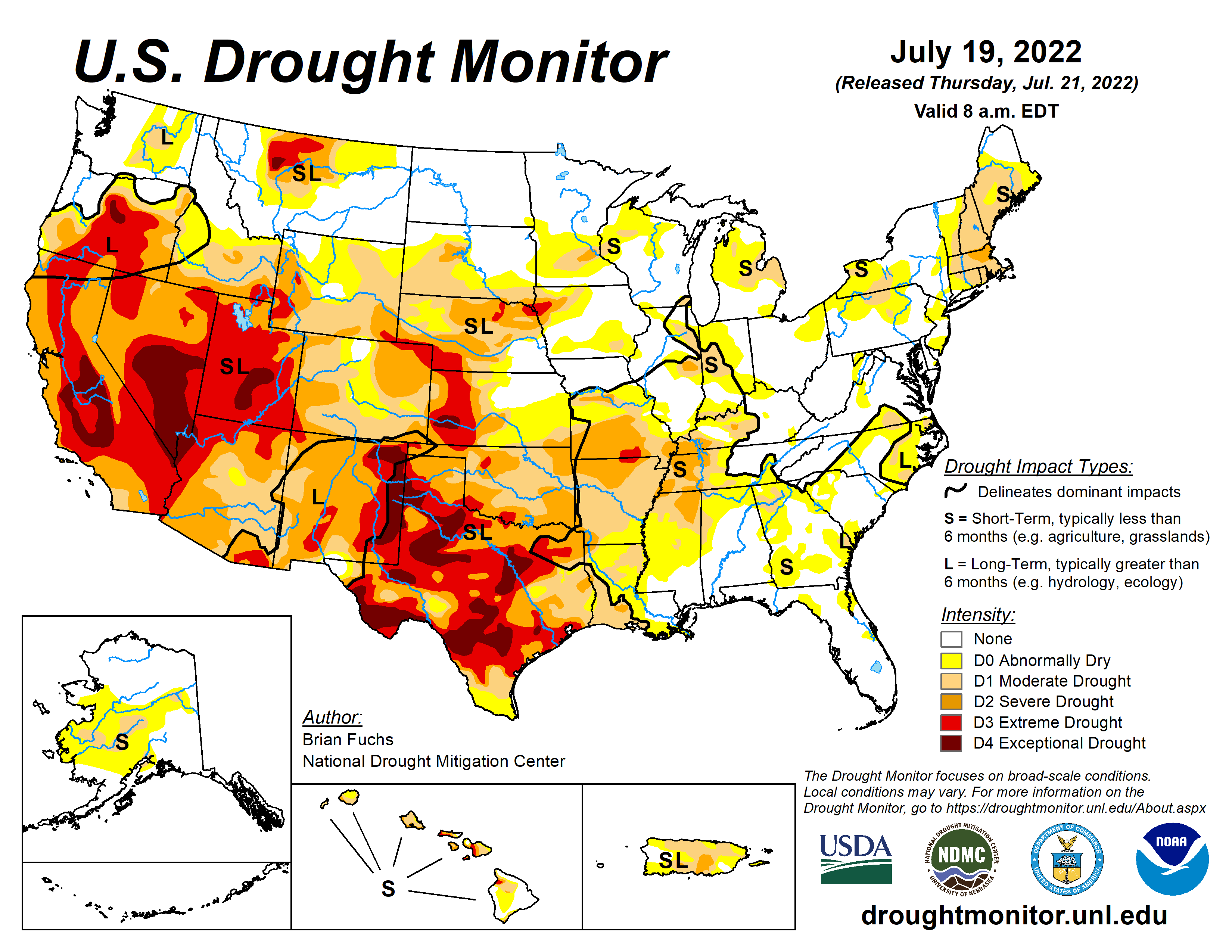 Throughout the rest of the Midwest, it was another week where most of the eastern portions of the region recorded above-normal precipitation, with the greatest amounts through Kentucky, southern Illinois, southern Indiana and northern Ohio as well as in portions of northern Wisconsin. Temperatures were 1-3 degrees below normal in these areas of greatest precipitation, with the coolest readings over eastern Wisconsin and northern Ohio.