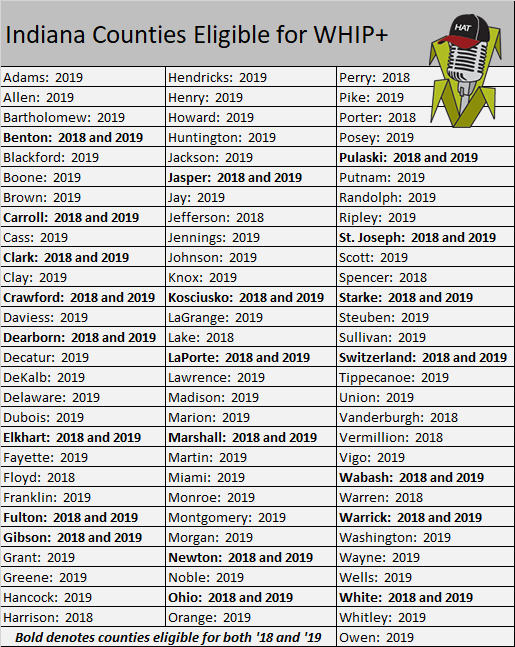 USDA announced on Monday that signup for the Wildfire and Hurricane Indemnity Program Plus, or WHIP+, will begin tomorrow, Sept. 11. $3 billion in government aid will go to farmers impacted by hurricanes, tornadoes, snowstorms, or in the case of Indiana, flooding.

The WHIP+ program is specifically targeted for losses in 2018 or 2019 for counties that received a qualifying disaster designation from President Trump or Secretary Perdue. While all 92 counties in Indiana were approved for low-interest FSA emergency loans, only 74 counties were considered “primary” counties and are eligible for WHIP+. The remaining counties are considered contiguous counties and are not immediately eligible.

If you’re not in a primary county, Farm Service Agency Administrator Richard Fordyce says that doesn’t mean you can’t sign up. 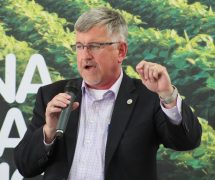 “Producers that are not in counties that had the Presidential or Secretarial declaration…if they can supply supporting documentation to prove that they were harmed and they did have losses based on the storms covered under this program, they too would be eligible.”

Fordyce breaks down how the distribution of funds will work.

“Losses from 2018, once the producer goes through the application process it’s determined what that payment will be through this program, we’ll pay 100% of 2018 losses. 2019 losses, we’re going to begin by paying that at a 50% rate and continue to manage the funds availability for the program.”

In the press release from USDA, they say producers with flooding or excess moisture-related planting insurance claims in 2019 will receive a prevented planting supplemental disaster (“bonus”) payment equal to 10 percent of their prevented planting indemnity, plus an additional 5 percent will be provided to those who purchased harvest price option coverage.