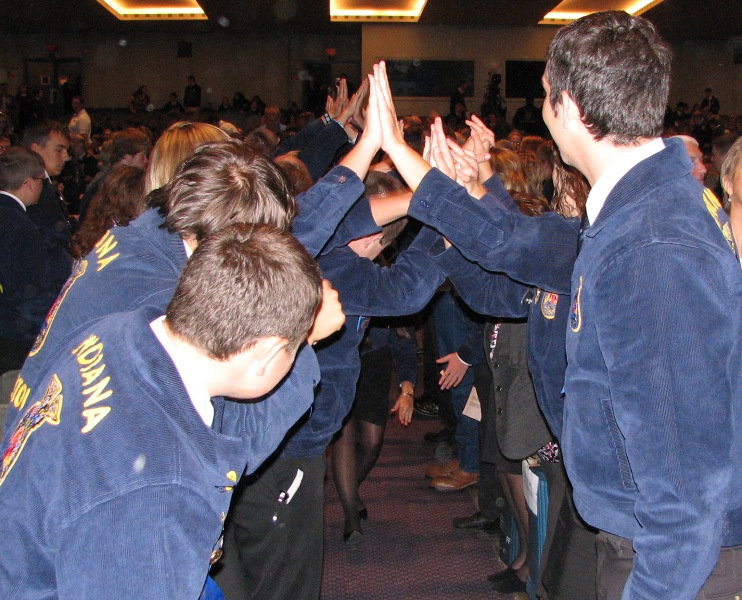 The 84th Indiana FFA State Convention is getting underway on the campus of Purdue University and runs through Thursday afternoon when the next state officer team will be introduced. Again this year well over 2,000 FFA members from all over Indiana will attend.

“We have already pre-registered over 2,000 and I would expect another at least 500 on top of that” said Steve Hickey, the Director of Leadership Programs at the Indiana FFA Association. “Summers are filled with conflicts but we have a lot of kids come very, very excited for both the contests and the convention itself.”

With all those conflicts pulling high school students in every direction, how is FFA membership fairing? Hickey tells HAT it’s been a great year.

“We have not just maintained, we’ve had an exciting year from a growth standpoint and actually have our highest membership of 10,300 members, which is the highest we’ve had in over 20 years. So we’re really excited. That’s almost a 900 member increase from just last year alone and we believe that’s only going to grow.”

Hickey said they continue to see school corporations add ag programs and some schools are adding ag teachers, “and the only time we seem to lose a program is if they literally cannot find a teacher to replace one that’s leaving. A lack of qualified ag teachers is the biggest challenge in the profession right now.”

“That is certainly one of the goals,” Hickey said. “It’s a real focus of our teachers and of the FFA, to really focus with kids on what a great career option this is. So we’re hopeful and working hard for the future.”