A Glimmer of Hope for Immigration Reform 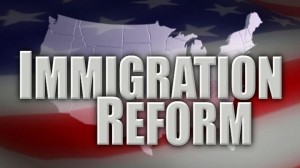 With 2014 being an election year, there was little hope for any progress to be made on immigration reform. But, it is election year political pressure that just may provide a window of opportunity for this issue which is so important to US agriculture. American Farm Bureau Federation labor specialist Kristi Boswell says Democrats are pressing the President to take action to show up Republicans while Republicans are taking action to try and show up the President, “I think some of the pressure on the President from his base, pushing him to do something administratively, we see as a reason for the House to act and House Republicans to have a mark on this issue.”

Farm Bureau says now is the time for farmers to show support and let lawmakers know how important immigration reform it to agriculture, “Farm Bureau has been working very closely in campaigns and also continue to do outreach in districts to make sure members in D.C. know that their farmers are on board with immigration reform as well. I would encourage all farmers to touch base with your member of Congress. Tell your story. It really matters what constituents are saying at home, so we need that push to make members of Congress know that we need immigration reform this year.”