Planting forecast last half of June 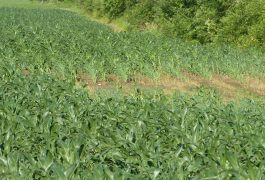 In the new planting and early crop development forecast, good rains this week might lead to more in the coming days, but maybe not as much as originally thought. Ryan Martin is HAT chief meteorologist. He says the next two weeks could be quite interesting to watch.

“I still see a minor front that tries to come in at mid-week this coming week, but moisture totals are being eased back, both in my forecast and in both major computer models,” Martin explains. “And one of the things I’ve been talking about since last Monday is the fact that I think we’re going to start seeing a nice upper level ridge develop here. The so called ridging effect has really got the trade divided. If we see a big upper level ridge, dry, hot weather coming in, the trade takes that and runs with it as a bad sign. I think we are going to see some ridging.” 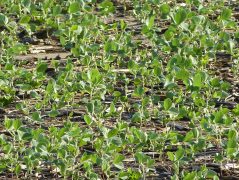 Martin says we also need to keep eyes on a tropical system coming through the gulf area.

“If it makes land fall on the gulf coast, that could play all sorts of havoc with weather patterns across the United States.”

So, what kind of rain totals and temperatures does he look for in the Seed Consultants forecast?

“I’m looking for temperatures to be near normal as we kick off the first part of this week, but if we get that upper level high pressure dome and ridge to build like I think we will, I expect temperatures through the rest of the week to climb back to above normal levels. The big question mark will be rains at mid-week, Tuesday night, Wednesday. I think we’re probably looking at moisture totals on the order of a quarter to maybe ¾ of an inch. If we get stronger thunderstorms we would have to raise that. my gut feeling is most of the strong weather stays south.”

Martin says brace yourself for a lot less moisture overall in the next 10 days to 2 weeks. He has more with the complete planting forecast, delivered free by Hoosier Ag Today email tomorrow morning, sponsored by Seed Consultants and Kokomo Grain.