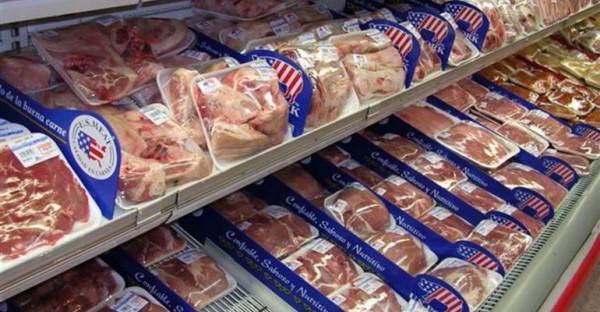 The National Pork Producers Council (NPPC) held its annual Legislative Action Conference. One of the top issues discussed was trade and improving access to U.S. pork in Vietnam.

“Our producers have been asking members of Congress to work with the U.S. Trade Representative on efforts to enhance Vietnamese market access for U.S. pork,” she said. “In our meetings with members of the House, we urged representatives to sign a letter to U.S. Trade Representative Katherine Tai, co-sponsored by Reps. Ron Kind (D-Wis.), Darin LaHood (R-Ill.), Dusty Johnson (R-S.D.) and Jim Costa (D-Calif.), seeking support for enhanced Vietnamese market access.”

The country is dealing with an outbreak of African swine fever (ASF) in its domestic herd. Nick Giordano, vice president and counsel of global government affairs, says that NPPC knew Vietnam would be a good market, but ASF has pulled forward a lot of that demand.

“Unfortunately, we’re at a disadvantage to the CPTPP countries and the European Union who basically got the deal that we negotiated with CPTPP,” he said. “Last year the Vietnamese rolled back the duties on our product—that really helped us a lot—and that expired at the end of the year. We’re hoping that Ambassador Tai and her team in the administration push forward—there’s a lot of opportunity.”

Giordano added that the U.S. has a trade imbalance with Vietnam, and pork would be a great product to put a dent in that imbalance. U.S. government is taking this request very seriously, which gives him optimism.