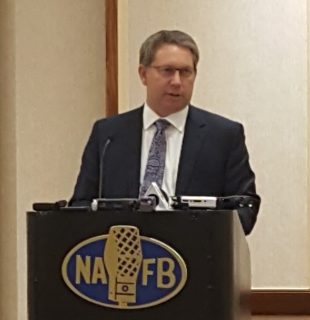 Most of the talk about agricultural trade centers around China, Asia, Canada, and Mexico. But the Trump administration is gearing up for a trade battle with the EU. American farm exports totaled $143 billion in 2017.  So far in 2018, U.S. farm exports are up by 6% to $108 billion. Projections are that we will end the year at around $150 billion, the second best year in history. U.S. top ag negotiator Gregg Doud said this speaks to the trust and reliability many nations around the world have for U.S. farm exports.

But, the EU is not among those nations; restrictions there keep many U.S. products out. Doud believes that has to change, saying, “We just cannot continue to let the EU circulate the false narrative that EU agriculture is superior to the rest of the world. It is not.”

In a briefing with farm broadcasters last week, Doud had candid criticism for the EU anti-science approach to agriculture, saying, “What Europe is really implementing is a non-science based, backward looking, trade protectionist rescheme.”

Doud indicated that the Trump administration is ready to take on the Europeans over trade. “I really appreciate the fact that this administration said it is willing to address this,” said Doud. He predicted that such efforts would take a long time and that any change in EU  policy would be slow and difficult to achieve.