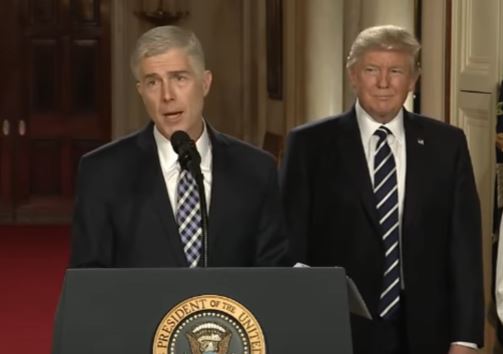 American Farm Bureau Federation President Zippy Duvall is calling on Congress to confirm Supreme Court Justice nominee Neil Gorsuch. If confirmed, he will assume the seat last occupied by Justice Antonin Scalia. Duvall says Gorsuch “is a worthy successor.” Specifically, Duvall pointed to the nominee’s past positions that “courts should not blindly defer to regulating agencies, but should perform their constitutional role of interpreting the laws that Congress writes.” Duvall says Gorsuch has expressed an appreciation for the environment and is a conservationist, a philosophy he says is shared by America’s farmers and ranchers.

Finally, Duvall says, “Any Senator voting against a legal scholar like Gorsuch will have to produce a serious justification for a no vote.”