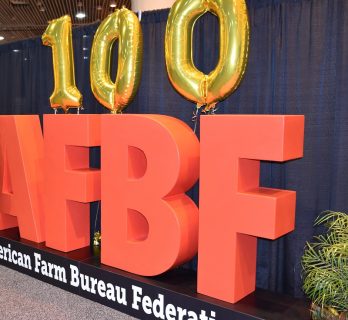 “What the Broadband Data Improvement Act will do will correct current methods of gathering data, and it’ll do this by requiring broadband providers to report data to create an improved national broadband map,” he said. “It’s going to focus predominantly on accuracy and granularity.”

There are thousands of census blocks covering rural areas that are larger than Washington D.C. and four rural census blocks bigger than the state of Connecticut, hardly possible to accurately show where broadband coverage is located. Karney says Farm Bureau supports the bill because rural broadband is no longer a luxury.

“For precision agricultural purposes, farmers and ranchers want to be more efficient, economical and responsive to environmental needs. In order to do so, they need connectivity in their farmlands and out in their ranchlands, as well. For rural communities, they need access to modern technologies for education purposes, distance learning, for healthcare purposes with telemedicine, also for public safety and entrepreneurship.”

Farm Bureau is urging members to call their senators and representatives and tell them to support the bill.