At the Midwest Pork Conference in Hendricks County on Tuesday, African Swine Fever (ASF) was a major topic of conversation. Brett Stuart is the president of a company called Global AgriTrends that conducts and delivers global agriculture research.

“There is no doubt the Chinese government is very concerned about this situation. This is a disease with no vaccine, it’s now spread 2400 miles far and wide across China, it’s largely uncontrolled, and it will kill millions of hogs.”

Indiana State Veterinarian Dr. Bret Marsh spoke three months ago to the day about ASF with Hoosier Ag Today. Since then, things have only gotten worse in China. 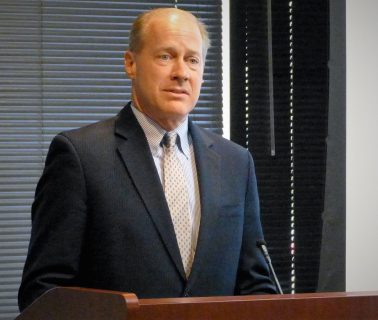 “We had hoped, of course, with the steps taken by the Chinese government that they could contain the virus. That’s clearly not been the case as we continue to get new cases reported in new provinces. None the less, it keeps us on high alert here in the United States and certainly here in Indiana with our pork industry making sure we’re as prepared as possible.”

Marsh says it’s imperative that producers are looking for things that are out of the ordinary or unusual. He says ASF won’t produce blisters on the snout or at the top of the hoof like some other diseases.

“Producers know their swine. They’re with them every day. They’ll know long before someone like me would know (that something is wrong), and so it’s critical that they’re looking for those unusual events.”

Marsh adds that updating your Premises ID will be critical should an outbreak ever occur here in the US. He also says there needs to be a strong relationship between you and your vet, and your vet and his office. You can find more information at the Indiana State Board of Animal Health website, in.gov/boah.