The overall sentiment of 400 of the nation’s agricultural producers is mostly flat in the new Purdue and CME Group Ag Economy Barometer. In the November barometer released Tuesday, the 134 reading is a drop of two points, and the two sub-indices also held steady. Current Conditions remained at 115, and Future Expectations dropped 3 points to 143.

He says there are indications farmers might be more willing to consider making large long-term investments now as compared to a couple of months ago. 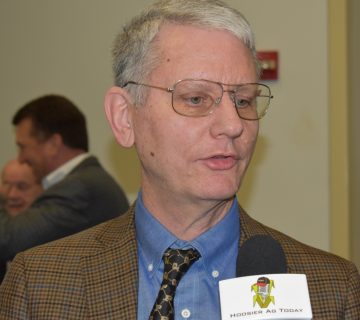 “If you look at some longer-term questions, in particular the advisability of making large investments in machinery and buildings, we have seen another improvement there,” Mintert explains. “That index bottomed out two months ago at a reading of 42, improved last month to a reading of 52, and then improved again this month to a reading of 56. That index remains below where it was last fall for example and below where it was last winter.”

When asked about farmers’ equity position, 44 percent expect to see equity diminish in the upcoming year. Rising interest rates could also be a factor in these perceptions as that can impact profitability and the value of large farm assets. When asked, 85 percent of producers said they expect interest rates to rise in the next year, and 76 percent expect to see a rise in the next five years compared to 2018.

Read the full November Ag Economy Barometer report at https://purdue.edu/agbarometer. This month’s report includes additional information on producers’ future expectations for agricultural exports and an update on producers’ intentions to reduce their soybean acreage in the 2019 season. Additional November barometer analysis can also be found in a video from Mintert at https://youtu.be/Q-9NqD14EdE.