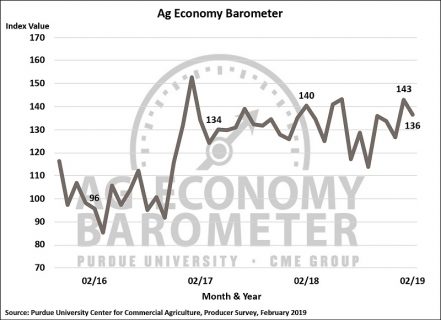 The new Purdue and CME Group report measuring the sentiment about the ag economy has been released, and the February barometer is down seven points from January to a reading of 136. Both the Index of Current Conditions and the Index of Future Expectations declined, but the current conditions index was most significant.

Jim Mintert, the barometer’s principal investigator and director of the Purdue Center for Commercial Agriculture said fewer farmers said they expect their operation to grow in the future compared to their statements a year ago. He says that could be a sign of increasing financial stress. 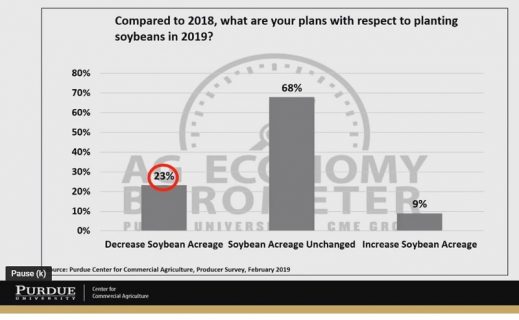 Mintert says there were revealing responses when farmers were asked what kind of farm operation growth they expected in the next five years.

In the new barometer, producers were slightly more optimistic about evaluating farmland as a long-term investment and the future growth of agricultural exports. They do remain concerned about risk with marketing risk the most critical to their farming operation.

Four hundred producers are surveyed each month, and the full report is here.