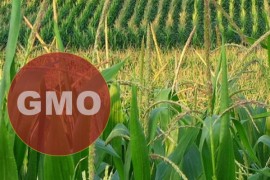 Following the step of sending a letter to food company Dannon questioning the company’s pledge to be more sustainable by using fewer genetically modified ingredients, U.S. ag groups are embarking on a Straight Talk campaign to dialogue with other food companies about sustainable ag production and marketing aimed at consumers.

USFRA CEO Randy Krotz says the organizations want to partner with all food companies so consumers hear Straight Talk about biotechnology and sustainability in food production.

He added in recent months there has been outreach to Dannon but it has been unproductive, hence their new effort to reach other food companies in hopes they won’t feel pressured by anti-science activists, as dairy farmer Randy Mooney of Missouri and the National Milk Producers Federation chairman calls them.

“They’ve set their sights on pressuring companies like Dannon to do what Dannon has done, and the consumer will understand. If the message gets out to consumers and we can get some help from some companies that have the money to talk to consumers and explain sound science to them, the consumer will understand. But we need companies getting the right message out there, not the message that there’s something wrong with the product. That’s the way Dannon has positioned GMO’s, that there’s something wrong with it, and there’s not.”

Krotz with US Farmers and Ranchers Alliance took exception to a media outlet suggestion that pressure on food companies like Dannon is coming primarily from consumers. He said it is those small in number, but loud activists, and they would like American farmers’ voices to be heard.