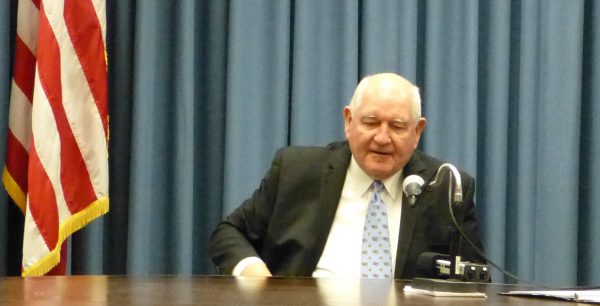 EPA Administrator Scott Pruitt says that he believes the number to be at 24 hardship waivers that his agency has granted to relieve oil companies from blending the amount of ethanol required by the RFS. Secretary of Agriculture Sonny Perdue says those hardship waivers have decreased ethanol production by around 1 billion gallons.

“There’s rumors that one company who had earned $1.5 billion last year received waivers as well, and I think of that stretches my definition of hardship.

Pruitt says he’s just simply following the statute as it is written. 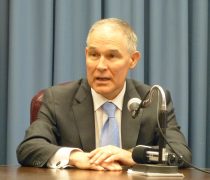 “I can’t emphasize enough that the granting of the small refinery exemptions is objectively determined. It’s not policy. It’s not subjective. There are criteria that we have to consider. DOE data, the amount produced on a daily basis, it’s a facility-by-facility review. All that is driven objectively, and then we make an informed decision based upon that data. It’s that simple.”

Indiana Democrat, Senator Joe Donnelly was one of 13 farm state senators who signed a letter last week to Pruitt asking for transparency in who has received these waivers and why. Donnelly says they have not yet received a response from Pruitt with that information, and he dismissed Pruitt’s interpretation of the statute. 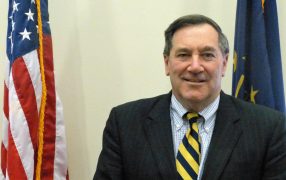 “We’ve made clear in law what we expect from our office here in the Senate, and we think that Administrator Pruitt ought to administer this in the right way. RFS- the purpose of that is to keep our nation safe through national security, to use American energy, and clean American energy. So, this is a win-win-win when we use ethanol, and I would hope that Administrator Pruitt would understand that. Everybody who was in that position before understood it. All of our Senate and House colleagues seem to understand it. I hope he does as well.”

When asked if the statute needed to be changed, Donnelly said that they will work to close loopholes to prevent further issues.

Growth Energy CEO Emily Skor says that Pruitt’s actions in granting these waivers are going against what President Trump told farmers about his commitment to the RFS.

“When he came into the office this year he said, ‘I am for ethanol. I am for a strong rural economy.’ You cannot be handing out, like trick or treat candy, these waivers. Look at the impact that it’s going to have on the demand pull, and these small economies in rural America.”

In some good news for corn growers, year-round E15 sales appear to be moving closer to reality. President Trump announced to the media last week that he’s leaning toward granting that waiver. Perdue says they will meeting on this again in the coming days.

“I would love for the president to go ahead and make a decision. This is why he sits behind the desk in the Oval Office, this is not a decision that you’re going to make everyone happy.”

Skor says they want to work with the administration to get this regulatory fix across the finish line as cleanly as possible. She says retailers are excited for the opportunity. 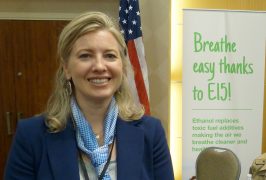 “I’ve talked to several major retailers who are just sitting on the sidelines waiting for this. When this comes, and they can sell this legal fuel year-round, they will hop in and consumers, not just in pockets of Indiana, but throughout the state, will start to be able to buy this fuel year-round. There are some major retailers that are also sitting on the sidelines waiting for this because it’s just a nightmare, a red tape nightmare, for them. You don’t blame them in terms of the costs that they have to incur and the confusion for the consumer. It’s like going to the grocery store aisle and you can buy this fruit for 9 months of the year but the other 3 months you can’t and you don’t understand why.”