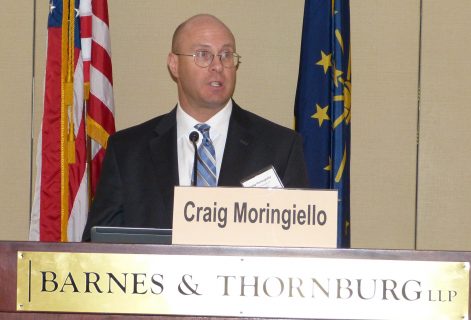 The theft of intellectual property is a key component of our current trade dispute with China. In a special report, HAT focuses on how ag biotech has become a top priority for foreign spies. It sounds like the plot of a James Bond thriller: foreign governments trying to steal top secret military technology to take over the world. But, in reality, it has become agricultural technology that foreign governments want to steal from the U.S. “If you have a competitive advantage in the field of agriculture, there is a high chance that a foreign government would target that technology,” says Craig Moringiello, special agent with the FBI.

Midwestern agricultural companies have been targets of efforts by China and other nations in an effort to obtain proprietary research that would give them an edge in food production. “There have been cases of individuals digging up seeds in a field in Iowa, and others trying to steal rice seeds from the National Research Center in Arkansas,” noted Moringiello. The FBI reports that several agricultural firms in Indiana have also been hit.

Moringiello says, more often, governments try and steal the researchers themselves by offering them lucrative positions within their country if they bring their research results and technology with them. “They use their talent recruitment programs to target researchers doing cutting edge research in agriculture and attempt to get them to move to their country,” he states.

Not only are ag tech companies being targeted, but land grant universities have also been targets. “Foreign companies and governments will try and exploit the open nature of our society and of our public land grant system that conducts a good deal of cutting edge agricultural research,” Moringiello told HAT.  He is based in the FBI’s Indianapolis office because of the leading ag tech companies located in the Hoosier State as well as Purdue and IU which have major research facilities.

However, companies and universities are not the only ones at risk. The FBI is urging farmers to be vigilant as well. “Farmers should be vigilant  in protecting their operations and security measures,” said Moringiello. He warned farmers to be aware when having foreign visitors on their farms.

As farmers collect more and more data, they need to make sure that data is also protected, “Anything a foreign adversary can get their hands on to exploit how we do business and the efficiencies of our ag sector is a target.” Moringiello added that keeping your IT systems safe and secure should be a top priority.

The FBI is asking everyone in agriculture to be aware that ag technology is a priority of foreign governments. If you have any concerns or suspicions, feel free to contact your local FBI office.