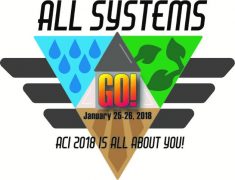 The Agribusiness Council of Indiana has approved a merger with the Indiana Seed Trade Association. The vote was taken in December and announced this week. The organization is strengthened by the merger, and ACI president Amy Cornell says it is not their first merger.

“The Agribusiness Council itself was originally formed by a merger between the Indiana Grain and Feed Association and the Indiana Plant Food and Ag Chemical Association. Our current bylaws restricted membership to those two categories and we wanted to increase our influence and our clout within the state. So, a merger with the seed trade association seemed like a natural fit.”

The mission of Agribusiness Council of Indiana includes legislative representation, industry insight and regulatory guidance for its member interests. Right now, they’re keeping an eye on what’s happening at the Indiana statehouse.

“We are watching closely all of the bills dealing with the office of the state chemist, noxious weeds, seed issues, in addition to keeping a close eye on any legislation that would affect livestock expansion and operation here in the state because those farmers are large customers of ours and we want to make sure Indiana is a place that remains open for livestock business,” Cornell said. “We’re continuing to monitor anything that could potentially affect any tax exemptions that we might have, and we are also very interested in seeing rural broadband move forward.”

“The goal of the merger with ISTA is to be able to expand the influence of ACI and to allow for better collaboration with stakeholders in all of the industries that we will now represent,” said Rod Miller, ACI board chair. “We are excited to broaden our reach and provide new opportunities to our members.”

“At the Indiana Seed Trade Association, we always looked for ways to maximize our presence among decision makers,” said Rod Busick, past chairman of ISTA. “A merger with ACI was the best way to ensure the interests of the seed industry are well represented and that our voices are heard.”

Directors from ISTA’s former board now make up one-third of ACI’s expanded 12-member board. 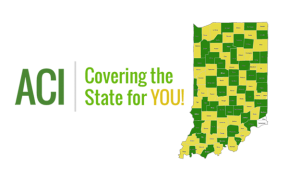 Cornell told HAT there are new features coming next week at the 2018 ACI Conference & Expo, January 24-26 in Indianapolis.

“First and foremost we are offering the night before a networking event for all of the alumni of our Emerging Professionals Leadership Program, and we’re kicking things off with some practical training seminars in the morning, grain grading, soil and water, CCA points, and overall talent management and employee retention training.”

The conference will also be the first chance for members to meet the new board and hear the 2018 plan of action. To register to attend visit https://inagribiz.org/ and hear more of Cornell in the HAT interview:Amy-Cornell-ACI-merger-and-conference