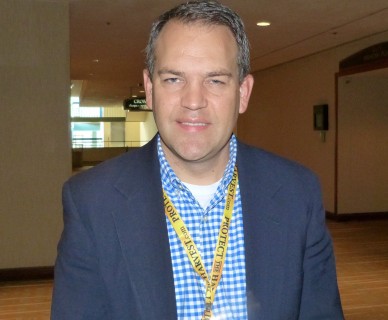 President Trump’s infrastructure plan has been released and it shows an awareness of the needs of agriculture, not just the needs of urban areas that deal with traffic jams and bridges in disrepair. That overall awareness is reason for the ag sector to be optimistic, according to Mike Steenhoek, Executive Director of the Soy Transportation Coalition.

“The fact that it actually calls for funding $50 billion for rural projects is encouraging, number one, and number two, the fact that that money at the state and the local level. It really concerns me when you talk about a rural problem getting addressed by someone orchestrating it in Washington DC,” he told HAT. “That really is a recipe for a misappropriation of funds and waste.”

Steenhoek says the plan talks about the multiple modes that make up the transportation system, unlike the usual and disproportionate focus on roads and bridges.

“That certainly is critical to agriculture and other industries, but it should not be the sum total of our infrastructure strategy. We also need to talk about the inland waterway system, our freight rail system, our ports, and I think the White House certainly understands that. So, we look forward to seeing all of those modes of transportation being addressed moving forward.”

Specifics in the President’s plan are somewhat lacking according to Steenhoek. For example, the rural grant program offers a broad spectrum of potential expenditures.

“It even highlights that this could be used for increasing rural broadband access,” Steenhoek explained. “Certainly that’s critical to many areas of rural America. Also transportation projects are eligible for that. There’s still a lot of specificity that’s needed. The fact that it’s still quite ambiguous, I don’t think that should hold us back.”

The Soy Transportation Coalition, of which the Indiana Soybean Alliance is a member, is also looking for greater specificity on funding of an infrastructure strategy. But Steenhoek says the plan should help get all parties to and across the starting line of infrastructure talks.

More from Steenhoek in the HAT Newsmaker Podcast:Mike-Steenhoek-on-Trump-Infrastructure-plan