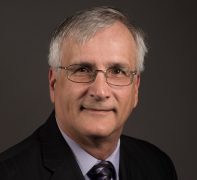 The dicamba drift issue across the country is growing, and American Soybean Association says the industry must intensify efforts to determine the causes and remedies. Non-dicamba tolerant soybeans and other crops have been damaged this season, and while the number of reported cases is growing, ASA President and Illinois farmer Ron Moore stipulates this is not a human health problem.

“There have never been any accusations or statements that this technology is harmful to humans,” he said. “This dicamba has been around for fifty years or so and it’s been proven safe and not harmful to animals or humans, so it’s not an issue of food safety. It’s an issue of making sure we don’t harm neighboring crops.”

Moore says it’s time to learn what happened, and they’re working with universities and herbicide providers in conjunction with the national soybean checkoff to make those determinations.

“Is it something that they missed during their research? Is it just a one-year phenomenon with a lot of temperature inversions? Or is it mis-application, tank mixing? You know you have to mix these products a little bit differently than we’ve been used to.”

HAT asked Moore if the dicamba drift research is being fast tracked at the universities.

“Yes. We had a meeting at the end of July with the United Soybean Board and that was a topic of discussion. We’re thankful that USB had already had some research with some of these land grant universities that had some projects, and they were very grateful that the land grand universities were willing to modify their current research projects to help us find the answers.”

He added it’s imperative that soybean farmers have new technology to fight resistant weeds, so research and education are imperative to preserve the new technology provided by Roundup Ready 2 Xtend soybeans and the dicamba-based herbicides approved for the system.

Hear more from Moore in the HAT interview:Ron-Moore-of-ASA-on-dicamba-damage

ASA Steps up Urgency in Search for Answers on Dicamba Damage

(September 25, 2017) – As nationwide reports of dicamba-related damage to soybeans and other crops continue to climb, American Soybean Association (ASA) President and Illinois farmer Ron Moore reiterated the association’s commitment to find a solution to the issue:

“This issue isn’t going away—in fact, it’s only getting worse. There are now a reported 2,242 complaints affecting 3.1 million acres of soybeans in 21 of our 30 soybean-growing states, and we expect that number to continue to rise. This is unacceptable, and we are committed to establishing both a cause and a path forward on the dicamba issue, including what actions need to be taken to assure that soybean farmers can use the product safely without damaging their own or their neighbors’ crops.

“We need this independent university research as well as other efforts by the national and state soybean checkoffs to determine the root causes of this widespread problem and how to address them, whether that be additional education, application restrictions, or other actions to ensure that low-volatility formulations of dicamba stay on target and don’t damage neighboring crops.

“There is an important good neighbor aspect to consider here as well. While damage may be related to product sprayed over soybeans, the effects have reportedly impacted other adjacent crops, including tree fruit and other specialty crops. As the policy representative for soybean farmers, ASA has a duty to ensure that we are successfully coexisting with other crops, so we take these reports very seriously.

“And, we continue to engage the relevant technology providers to determine what went wrong and how we can move forward. Their cooperation will be key as we try to find answers to questions regarding product performance or volatility, environmental conditions, off-label application or use of older formulations, tank mixing and clean-out, or other causes. It is very important to recognize that we do not yet have all of the data we need to clearly determine the causes of this problem, or the next steps we’ll need to take.

“It is absolutely true that farmers need and want new technologies to help fight resistant weeds, and we are going to support the marketing of those new technologies and new formulations. That need is not blind, however, and we need to ensure that these products can be used by farmers in varied climates and growing regions safely.”