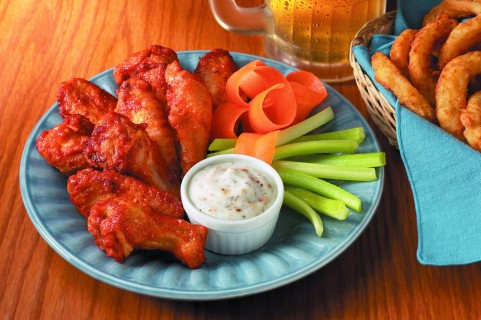 Americans have seen a lot of changes over the past year. Two things that have stayed the same are our love for the Super Bowl and chicken wings. Tom Super is the Senior Vice President of Communications with the National Chicken Council. He says Americans will be devouring a lot of chicken wings during Super Bowl weekend.

“Absolutely, there’s no hotter time for wings than in the weeks leading up to the Super Bowl, and the National Chicken Council is projecting a record 1.42 billion wings to be eaten when the Chiefs play the Buccaneers for the Lombardi Trophy. That’s up about two percent from last year, and that’s despite the COVID-19 pandemic.”

COVID-19 hit the restaurant industry hard, and he’s surprised at how many chicken wings the NCC came up with for this year’s report.

“When we were putting our annual Wing Report together, I thought there had to be a decrease in chicken wing consumption. And, when talking to folks in the industry, when looking at the demand numbers though, when looking at the price of wings, they’ve seldom been hotter. And when you think about it, restaurants like wing joints and pizza places were built around take-out and delivery, so they really didn’t have to change their business model that much during the pandemic. Wings also travel well, they hold up during delivery conditions, and they align with consumer desires for comfort food during the pandemic.”

He talks about how 1.42 billion chicken wings stack up.

“1.42 billion chicken wings, if you lined them up end-to-end, they would circle the circumference three times. If you laid them end-to-end, they would stretch from Arrowhead Stadium in Kansas City to Raymond James Stadium in Tampa 19 times back-and-forth. And let’s assume Kansas City Chiefs coach Andy Reid could eat three wings per minute; he could probably eat more than that, but if he ate three in a minute, it would take him more than 900 years to eat 1.42 billion chicken wings.”

Do consumers like bone-in or bone-out, and what’s their favorite sauce?

“The majority are bone-in traditional. On our latest survey, 53 percent of wing eaters preferred the bone-in traditional wings to their ‘air-quote boneless wings cousin.’ Interestingly enough, it’s barbecue sauce; ranch is a close second. On our latest survey, barbecue sauce was 52 percent, ranch dressing was 46 percent. And that’s true all over the country except in the Northeast, including Philly, New York, New England, blue cheese is big. But everywhere else, it’s ranch and barbecue sauce.”