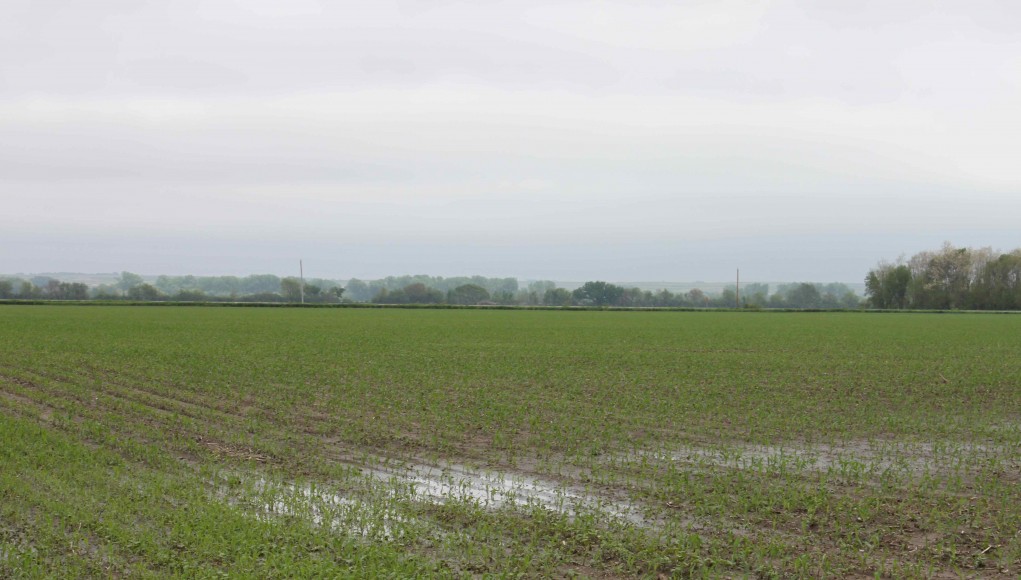 Rain that swept through Indiana Sunday and Monday moved most planters out of the fields. Hoosier Ag Today Chief Meteorologist Ryan Martin says there likely isn’t any planting going on at the moment, and it will be Thursday or Friday morning before most can get going again, even those who had the smallest amounts of rainfall.

With the rain came a cold front and warm temperatures have departed. Martin says that warmth won’t return right away.

“Well the warmer temperatures I don’t think will be back to equal what we got used to there late last week and into the weekend. I don’t think that’s going to happen for probably another week or so,” he told HAT. “The way I see this unfolding is the next couple of days we’re still going to be well below normal. When precipitation starts up again by the time we get to about Friday I think we’ll be close to normal, maybe a tick or two below. Then from the weekend through early next week probably a bit above, but I don’t think we go back to those almost July like temperatures for another week or so.”

Because of additional rain, he says planting prospects over the next week to 10 days are marginal at best.

“If I was a guy who had acres and acres to go, whether it’s corn or beans, if I needed to go back in the field, at this point I’d have equipment ready to go just because our windows are going to be very, very tight here over the next two weeks. The reason I say that is we’ve got rain coming back in Friday, and then I can’t keep rain out of the forecast any day from Friday right on through next early Wednesday. So I think we can put together 5, almost 6 days where we have to at least be ready for moisture. I think the hit and miss aspects of it are going to be similar to what we saw the end of last week and through the weekend, but we’re not going to be dry by any means in there.”

Then he said Hoosier farmers might see one or two days of dryness before another front could move in Memorial Day weekend. Martin does not see a good, long planting window opening until at least after Memorial Day.