Green stems on mature soybean plants may be the result of a source/sink problem. If there are a limited number of pods (sink), there are fewer places for the plant’s photosynthates (source) to go. 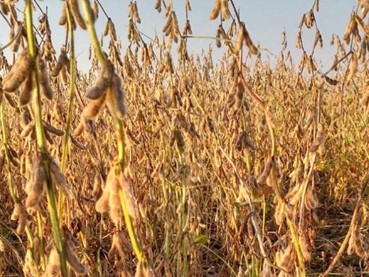 From previously conducted work by Dr. Jim Beuerlein, when soybean pods were removed from a plant node when they first formed and started to expand, the leaf at that node stayed green after the rest of the plant matured. If all the small pods were removed from a branch on a plant, that branch did not mature. Further, if setting of pods were prevented on the main stem of a plant but pods allowed to develop normally on the branches, those branches matured normally while the main stem stayed green and held onto its leaves. Anatomical studies of the flow of carbohydrates within a plant show that each leaf fills the pods at its node only, but if all its carbohydrates are not needed at that node, the extra will move to the next lower node. Therefore, soybean plants digest their leaves, petioles and stems to complete the pod filling process and add a few more bushels per acre. If the digestion of plant parts is not needed to complete pod fill, then these plant parts remain green. 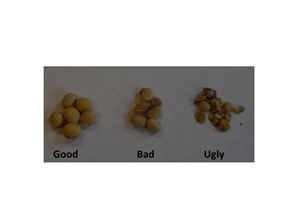