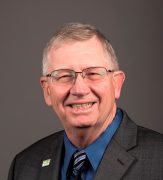 ASA President John Heisdorffer, a soybean farmer from Keota, Iowa, stated that, “the President’s commitment to work with Congress to fashion an initiative that will generate $1.5 trillion in infrastructure investments to upgrade roads, bridges, highways, railways, waterways and broadband addresses a priority that is long overdue.”

“America’s transportation network is U.S. agriculture’s competitive advantage for reaching world markets at less cost than other exporting countries,” Heisdorffer said. “Brazil and other soybean exporters have been making significant investments in bolstering their railroads and river systems in recent years, while our aging infrastructure continues to deteriorate, causing delays and higher freight costs.”

Heisdorffer added that “the emphasis the President placed on investing in rural areas, and to reduce the time required to obtain federal permits for new projects, is welcome news for U.S. soybean farmers.”

The U.S. exports an estimated 60 percent of annual soybean production, expected to total four billion bushels in 2018. Together with the Soybean Transportation Council and other industry stakeholders, ASA has been an outspoken supporter for modernizing locks and dams on the Upper Mississippi River system for over 20 years. Upgrading the system would improve efficiency and our global competitiveness by significantly reducing freight costs and delivery times.