How to Attack Waterhemp, Giant Ragweed, and Marestail 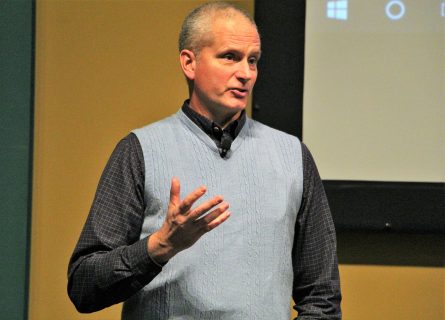 Dr. Bill Johnson, professor of weed science at Purdue, says waterhemp, giant ragweed, and marestail will be the three headache weeds in 2020 after a lot of weeds went to seed in 2019. Johnson breaks down what his plan would be to tackle these weeds, beginning with waterhemp.

“We need to have an aggressive burndown program, an aggressive burndown plus residual program, that we use at planting with full rates of group 14 herbicides as kind of the base, and then we can add either some group 5s or some group 15s with it. Then we need to spray our post-emerge treatments in beans. Programs that have either dicamba, Liberty, or 2,4-D in them with another layer of residual.”

“Hopefully in soybeans we can get some activity out of some of the ALS inhibitors, the group 2 herbicides like FirstRate or like Classic, and then we’re really going to rely on post-emergence dicamba, post-emergence 2,4-D, and post-emergence Liberty to control our giant ragweed.”

Johnson adds, “So many of our fields have both of these weeds that you still need to think about waterhemp with residual herbicides. Hopefully you’re going to use a residual herbicide on your waterhemp that gives you a little bit of activity on the ragweed, and then your ragweed strategy is really going to be more of a post-emerge program.”

Marestail, Johnson says, will emerge in the fall or very early in the spring, “And it’s very difficult to control post-emergence, and so where we have marestail we need either tillage or burndown herbicides to take out the flush before planting. If we can get a good residual herbicide in there with Sencor, Valor, Authority, or Zidua, that will hold the marestail at bay and we really shouldn’t have too many headaches from a post-emerge standpoint.”

Johnson also believes that if we end up with hot and dry weather conditions, Palmer amaranth could be a problem this year as well.