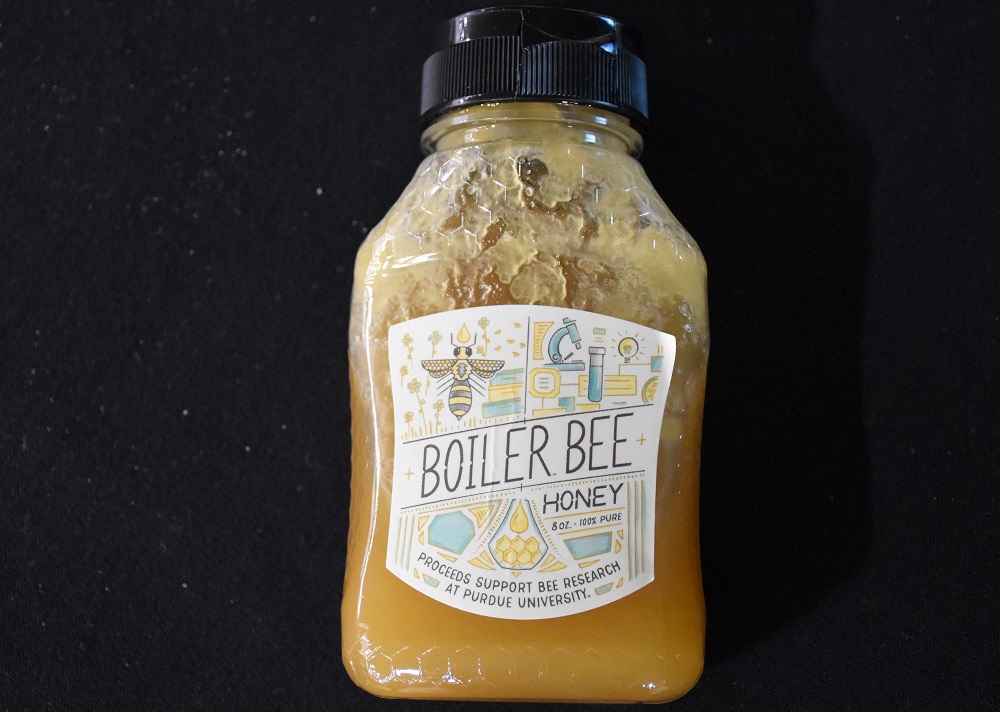 The annual Purdue Ag Alumni Fish Fry is great for catching up with fellow alumni, honoring the newest Purdue agriculture certificate of distinction winners, and enjoying a great meal. BBQ pulled pork joined beer battered cod on the menu, but bottles of honey and lemon-honey ice cream Saturday brought a Departments of Entomology and Food Science collaboration to the lunch table.

From the Department of Entomology, Dr. Brock Harpur said this new Boiler Bee Honey is a byproduct of his research.

“We have 200 colonies on campus,” he said. “They’re all used for research and they all produce honey, so we decided this year that we wanted to take that honey and offer it as a product to people on campus. So, my students and some other students in entomology and Food Science teamed up and extracted the honey and built a whole facility for us to extract and bottle it.”

Both departments relied on each other to make the process work, since working on such a larger scale was all new for Harpur. 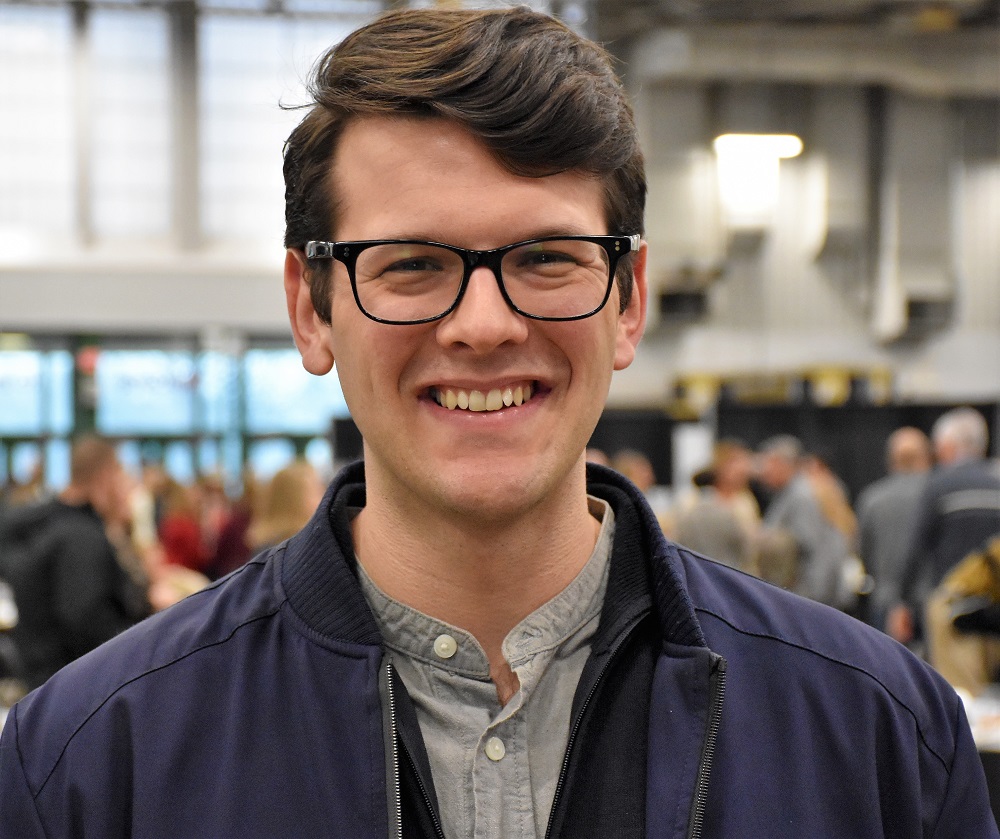 “It was a light year this year,” he explained. “We only had 3,000 pounds to deal with. The bottles that we have are about a half pound bottle, so it was a really intense, industrial process that I’ve never done myself before. So, we relied a lot on the expertise of the folks in food science who work with food on this scale for the bottling and the processing after the hive, and they of course relied on our experience for everything dealing with the hive and the honey prior to bottling.”

The honey is available at Butcher Block on campus for $5 a bottle.

“All of the proceeds are going directly back to help students in entomology and food science, largely for this project,” Harpur told HAT. “So, every year we’re hoping to make a better product. Outside of the little bottles that we’ve got, you can also get it in ice cream as we’ve had today. We’re hoping to get in in some beer and local breweries, and you’ll definitely see it in Lafayette and West Lafayette restaurants.”

Harpur, an evolutionary biologist, came to West Lafayette by way of Toronto one year ago.

“My primary interest is trying to understand what makes different populations of bees different from each other. In the United States we have populations of bees that are quite aggressive, that are resistant to disease, that produce more or less honey, and some of those differences come about as a result of genetics and artificial or natural selection, so my lab tries to figure out what those genes or mutations are that produce differences between populations.”