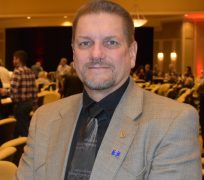 Indiana Farm Bureau’s District 8, 9, and 10 directors are leaving the board in 2018. Bob Schickel has represented District 10, Phil Springstun District 9, and Mark Bacon in District 8 leaves the Farm Bureau board hoping to start a new chapter in his farm policy career. Bacon told HAT serving on the board has been a great experience that can be hard to describe.

“Twelve years of meeting so many great people along the way, from the governor on down to anybody on the board, membership, just so many people have made my life worthwhile,” Bacon said. “It’s a pleasure to work with all of them. Farm Bureau has taught me so much about policy and just working with people has opened a lot of doors. It’s going to open another door for me possibly.”

The new chapter would come next year if he makes a successful run at Indiana district 55 state representative. 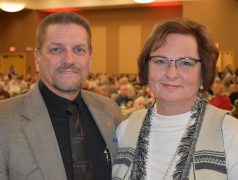 “Now would be the best time to seek the next chapter in my life. I’ve gone to the statehouse and Washington DC and lobbied for thirty years now being involved in Farm Bureau and I’m thinking maybe it’s time to be on the other side of that fence and see what I can do for the membership and for the citizens of District 55 and my rural area.”

Bacon says this is a good time for another farmer in the statehouse, which is a rarity.

“Agriculture is the lifeblood of Indiana and for the U.S. for that matter,” Bacon said, “and if we don’t step up and work for the issues that pertain to agriculture, somebody else is going to make those rules for us. We need representation on the state level.”

The district 55 seat is currently held by Republican Cindy Meyer Ziemke. Bacon will also be on the Republican primary ballot in May.