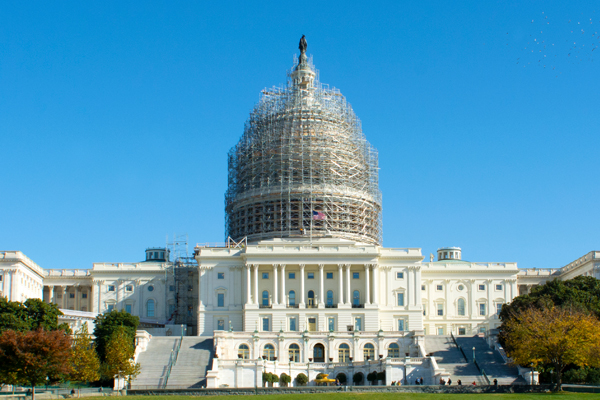 The American Farm Bureau Federation’s Board of Directors today voted to support efforts of Senate Agriculture Committee Chairman Pat Roberts (R-KS) to move forward with a bill to pre-empt state GMO labeling mandates. “The Senate Agriculture Committee this week is marking up a bill to provide American consumers a wealth of easily accessible, accurate information about GMOs through a voluntary, national GMO labeling program,” AFBF President Zippy Duvall said. “The bill would pre-empt a patchwork of mandatory and misleading state GMO labeling laws founded more on scare-tactics than science, and we must move this process forward.” Duvall said Chairman Roberts’ bill will provide consumers access to information they need to make informed choices in the marketplace. He emphasized, however, that AFBF would closely monitor the bill’s progress to ensure it is compatible with AFBF’s grassroots policy. “The key provisions of this effort will ensure greater transparency for consumers, with an emphasis on science rather than state-by-state scare tactics,” Duvall said, adding that 750 Farm Bureau members from across the nation are taking that message to Capitol Hill this week during a grassroots fly-in.

The National Farmers Union has taken a less aggressive stance than Farm Bureau. National Farmers Union (NFU) President Roger Johnson released the following statement: “National Farmers Union (NFU) represents 200,000 family farmers and ranchers across the nation who employ a wide variety of practices and philosophies.  Many of our members have chosen to incorporate genetically modified organisms (GMOs) into their production methods, while others have made different choices.  The rights of GMO and non-GMO producers should be respected as equal while public concerns about GMOs are evaluated by federal agencies.  NFU also values consumer rights, including the ability of consumers to have access to as much pertinent information as they want to know about their food.  We support mandatory labeling of foods derived from genetically engineered plants, although we do not have policy on what such labeling should look like. As such, NFU opposes the proposed GMO labeling bill in its current form.”

Environmental groups are also mobilizing in opposition to the legislation. Friends of the Earth, Food and Technology Program Director Lisa Archer offers the following statement in response: “Friends of the Earth strongly supports mandatory GMO labeling and urges the Senate to reject the DARK Act. This bill is a desperate attempt by the junk food and chemical industries to keep Americans in the dark about what we feed our families. 93 percent of Americans want GMO labeling and this effort to try and stop the consumer demand for transparency that has shaken Big Food to its core will ultimately fail. Any member of Congress that fails to see the writing on the wall and chooses to support this antiquated and undemocratic bill will find that they are on the wrong side of history.”