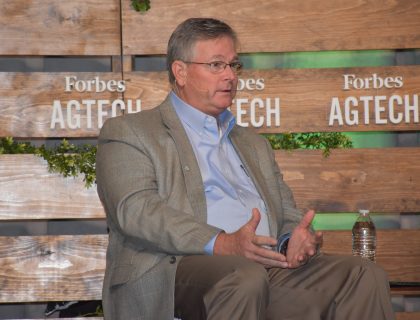 Bayer is increasing efforts to defend Roundup, its flagship weed killer. The company is looking to overturn a $289 million-dollar jury award in August. It’s the first of thousands of cases filed by farmers, gardeners, and others who claim Bayer’s Roundup herbicide caused their cancer. According to the company’s court filing, Bayer wants a California judge to overturn the jury verdict, order a new trial, or reduce the damages.

Bayer Crop Science Chief Operating Officer Brett Begemann told Hoosier Ag Today that there is tremendous scientific information to show the safety of their products, and the industry needs to do a better job explaining that, and the value of these products, to society.

“One verdict in California does not change 40 years of scientific evidence. And I don’t believe that, at the end of the day, it’s these kinds of moves that restrict farmers options. I think it’s more holistically looking at the system and talking to society to make sure we have the use of all kinds of tools. Crop protection tools, as well as gene editing, and other new areas that we’re working on.”

Despite the court ruling, Begemann said that the merger has been fantastic, primarily because of the people. Many farmers have feared that the mega mergers between major ag companies will lead to higher prices and less choice. Begemann says farmers shouldn’t be concerned.

“This is an industry that’s begging for innovation. The purpose of bringing these two companies together was to drive innovation. That’s to create more choices. Every choice that was available to a farmer before the two companies came together, it’s still available. It may be through a different company, that’s regulators doing their job, but I think farmers will have the choices. And our goal is to create more choices, not less choices, for farmers to be able to pick the tools that work the best on their farm.”

When the acquisition was complete five weeks ago, Hoosier Ag Today spoke with a Monsanto Crop Breeder who said it was his hope that Bayer’s international influence might help change some regulations that impede US technologies to be used, specifically in Europe. Begemann said, “Only the future will tell us that.

“I think there’s a real opportunity here to leverage the Bayer name and the brand to talk about agriculture and innovation in agriculture, including in Europe, but also in the rest of the world. Europe is making its decisions based on what their consumers are desiring, and I don’t believe you’re going to see quick changes in their adoption of technology or the use of technology. But over time, I believe it’s an opportunity to engage in a new conversation with people.

“We need to cast our net a lot wider we need to talk to a lot more people we need to help people understand what we’re doing in agriculture, but just as importantly, we need to understand what other people want to see in agriculture and be open to that. I think at the end of the day the Bayer name will help us, but by itself it won’t solve the problem. We have to all engage with society and make a difference.”

Begemann was a panelist at the Forbes AgTech Summit held in Indianapolis last week.