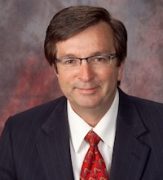 USDA released the July crop production and supply and demand reports Wednesday, and yes, there was some market reaction after the bearish report.  The average trade estimate for 2016/17 corn ending stocks was 2.303 billion bushels while the actual number was 2.37 billion.  For the 2017/18 marketing year, the average trade guess was 2.113 billion bushels and the actual number was 2.325 billion.

Wheat ending stocks were expected to decline from 924 to 867 million bushels but USDA actually increased the number to 938 million.

Indiana’s winter wheat crop is projected to have an average yield of 76 bushels per acre, down from 81 a year ago with total acreage pegged at 260,000 acres. Total production down 7.8 percent from last year with a total production number of 19.76 million bushels compared to last year’s 22.68 million.

Winter wheat production nationally is forecast at 1.28 billion bushels, down 23 percent from 2016. Based on July 1 conditions, the United States yield is forecast at 49.7 bushels per acre, the second highest average yield behind only last year’s 55.3 bushels per acres yield.  The lower total production comes from a 15 percent acreage reduction from last year.  Total winter wheat acres this year totaled 25.8 million.

Durum wheat production is forecast at 57.5 million bushels, down 45 percent from 2016. The United States yield is forecast at 30.9 bushels per acre, down 13.1 bushels from last year.  Durum acreage was down 21 percent from a year ago at 1.86 million acres.

Wheat futures Wednesday were down 10 to 16 cents across the three exchanges.  Corn futures were down 15-16 cents and soybeans ended 8-9 cents lower.

Don Roose concluded, “We went into this report very overbought. We need a bullish report or bullish weather to hold the market together and the report was basically negative for corn and wheat and neutral, maybe a little positive for soybeans.  Soybean yields will be determined in August.  USDA left corn and soybean yields unchanged as we’re going to get a surveyed yield in August that’s going to be the real test.”