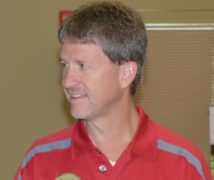 Weeds in Indiana soybean fields are easy to spot this year, so some weed management plans for next year might need to be adjusted. The plan should include rotating herbicide chemistry, and one Hoosier thinks most farmers are already headed that way. The president of Beck’s Hybrids, Scott Beck, says his company started encouraging rotation 6-7 years ago.

“At that time we had Liberty Link soybeans to offer as the only other option beyond glyphosate to be able to control weeds,” he explained. “Liberty Link sales has now grown to 58 percent, so over half of our volume that farmers are using is Liberty Link. That’s been an effective system for controlling glyphosate resistant weeds, so we plan to continue on with Liberty. Obviously now we’ve got the Extend platform which gives farmers additional tools to be able to use dicamba based products.”

Beck says the key for both the dicamba products and Liberty system is to follow the label.

Not following the label has led to dicamba drift and off-target damage to other crops in the first full year of the Extend cropping system. Beck says there will be a lot of talk about that in the off-season.

“There’s going to be a lot of interesting conversations here over the next few months as farmers get into harvest and we uncover the yields that have been either affected by drift or not affected by drift, and just seeing where some of those damages may or may not be. And then certainly there’s the regulatory challenges that many states are going to face deciding what is the use of dicamba and how are we going to ensure that farmers are using it properly.”