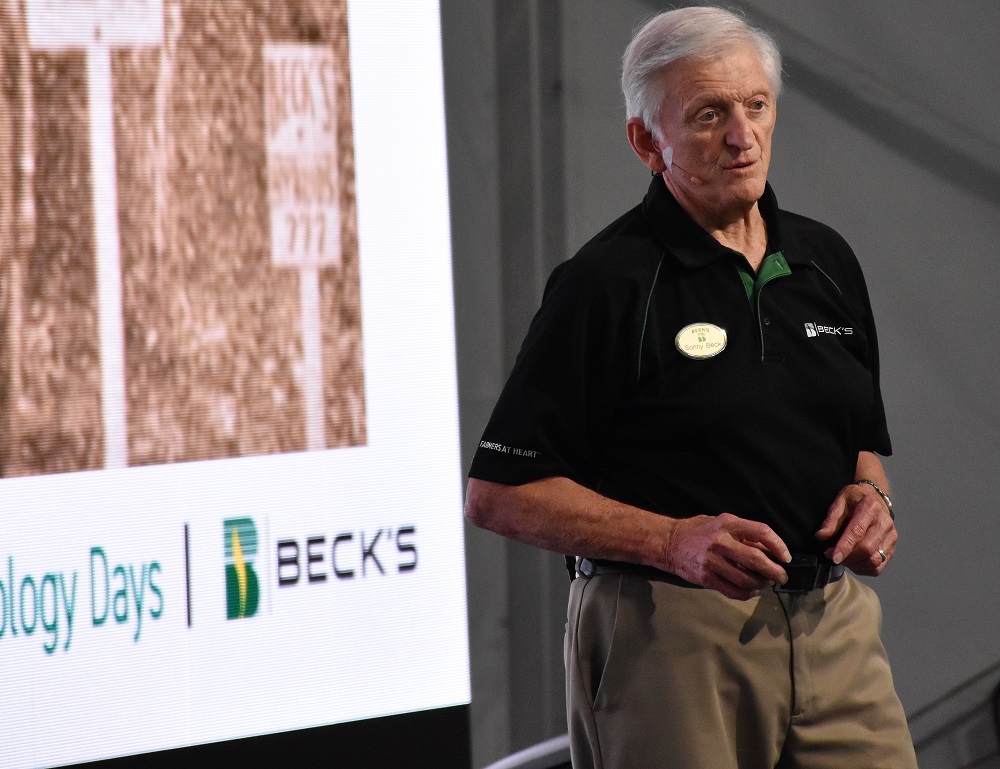 The new east soybean tower at Beck’s Hybrids in Atlanta, Indiana has been dedicated, completing a two-year project to double the company’s processing capacity at that location.

At three million bushels per year capability, Beck’s says this is one of the largest soybean processing towers in the world. Beck’s CEO Sonny Beck says the expansion makes sense given their one million additional national planted acres this year versus last.

“It’s still only 10-12 percent growth per year for us, but the number of 10 percent is on a very large number, and so yes, it’s been in our plans for about 4 to 5 years and it fits right into that process of putting is in place with soybeans here in the eastern corn belt, probably in good shape for 5 or 6 years,” he said. “At the same time we announced we just bought the plant in Beaman, Iowa and that will help take care of our western movement.”

The new tower will allow more efficient processing of soybeans. 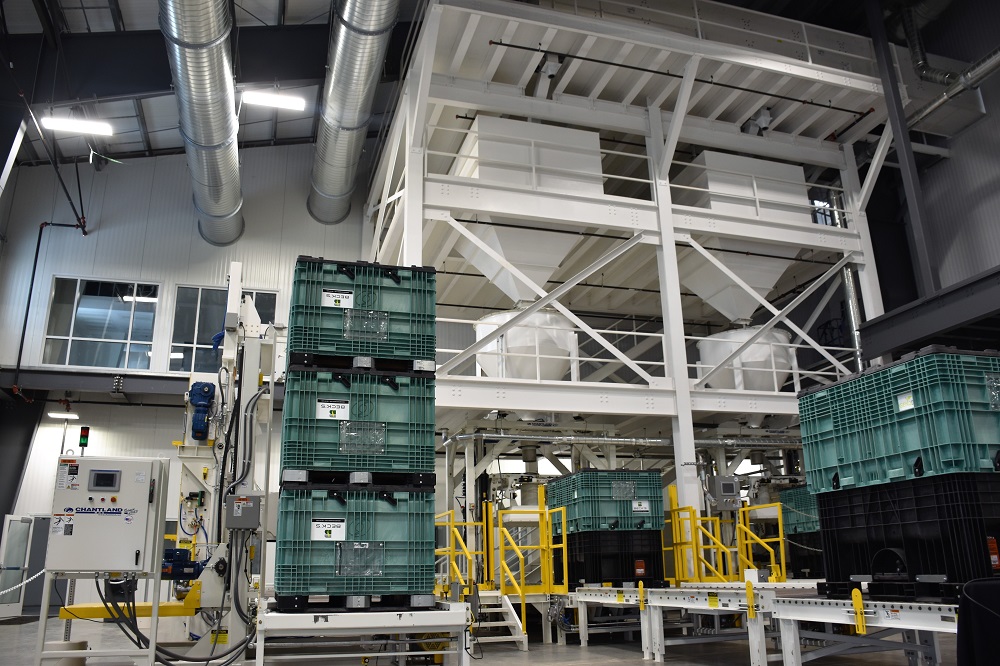 “We’re actually scalping off much of the stems on soybeans immediately as it comes in so we do not have to run that through the major cleaners and so forth, and that’s a big part of its capacity, getting more capacity out of the plant, do a very rough but good scalping of that debris, stems and splits and so forth initially.”

The added efficiency will lead to more trucks in and out. Beck told HAT they’ll be able to run about 30 trucks and 24,000 bushels in per day along with 24,000 units going out once the seed has been bagged, boxed and mini-bulked.

Beck added the growth in processing will take care of the needs of customers in Indiana, Michigan, Ohio, and parts of Illinois. As for seed corn and seed bean production, he said they’ll come in this year ahead of the 5-year average, but not as high as once thought because of recent dryness and heat.

Another feature of the 221’ x 300’ facility is an observation deck with a glass floor for visitors to watch the processing. There is also video monitoring for the machinery operations and five new warehouses for seed and equipment.

The processing project came with support from the Indiana Economic Development Corporation and Hamilton County officials. Beck said, “With their foresight, dedication to Indiana agribusiness, and passion for the growth of the Hoosier economy, we’ve increased capacity, added jobs, and can better serve farmers across our 14-state marketing area.”

Becknology Days in Atlanta started Thursday and continues Friday and Saturday. It’s the 58th year for Beck’s field days. More with Sonny in the full interview: