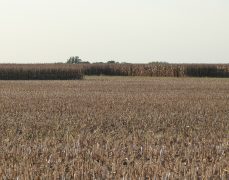 Early harvest reports have a common theme this year, better than expected. And that generalization is applying harvest pressure on the futures market. In Indiana it has been soybean harvest that is at full throttle, but can the same generalization be used for yields in the Hoosier state?

“I think the yields stood in a lot better than most people expected,” Gentry told HAT. “I think early on the comparison was, was this year’s crop bigger than last year’s crop? For the most part, it probably is not, but I still think it’s going to be big enough and if you’ve got the 2nd or 3rd largest crop in history, especially for corn, then you’re going to have plenty to go around. As far as beans are concerned, a lot of people didn’t get the finishing rains, so we’ve got some spotty yields that aren’t up to snuff, but the bottom line is, it’s still going to be a relatively big crop. Going forward, looking for hedge pressure, we don’t expect a whole lot. We’re trading the numbers as far as what the USDA says.” 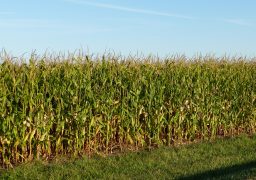 Gentry also agrees with many that harvest is and will be a drawn-out affair this year.

“We’ve elongated this harvest window quite a bit because of the widely varied planting times, so it’s not all coming to town at the same time. I think harvest progress is probably going to be about 25% done in beans,” Gentry said just before the weekly progress update. “Around my neighborhood that’s probably about right. The corn harvest has been very slow even though it is a lot more ready than it was a while ago, but with moisture at 30 percent it’s going to need a little bit more time in the field.”

Indiana did come in at 24% of the soybeans harvested in Monday’s USDA update, 4 points ahead of the 5-year average. But at 16% harvested the Indiana corn progress is 7 points behind average.