The biodiesel industry wants the Environmental Protection Agency to increase the required amount of biodiesel production to address climate change. The National Biodiesel Board told the EPA Increasing biodiesel volumes by 350 million gallons per year would reduce U.S. CO2 emissions in 2025 by 56 million metric tons and help the United States meet the U.S. commitment to achieving a 26 percent reduction in CO2e emissions by 2025 relative to 2005.

The National Biodiesel Board is basing its estimates on the study the group commissioned from Bates White, a Washington consulting firm, and presented to EPA but had not previously publicly released, according to the Hagstrom Report. 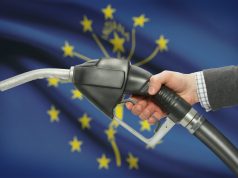