The unseasonably warm winter and the summer-like days that graced us throughout early spring were welcomed by more than warm-blooded humans—insects.  Indiana’s winter was not cold enough to kill off the hibernating insects and their eggs.  Now they are out in full force this spring, and much sooner than normal.  Mosquito-borne diseases, such as West Nile virus (WNv) and eastern equine encephalomyelitis, are likely to emerge earlier this year.  WNv has already been documented in a Pennsylvania horse—extremely ahead of normal for the season.  Thus far, Indiana has not had any positive reports of WNv.  This year, early vaccinations would be a wise choice.

Animal owners can limit the mosquito population around their farms by using appropriate insecticides and by eliminating stagnant pools of water.  Sites in which mosquitoes lay their eggs include puddles, old tires, buckets, potted plant trays.  Gutters should be kept clean and pools need to be treated regularly.  Rabies is another disease that may be making an early emergence.  Like the insects, bats have been brought out of hibernation earlier than normal this spring.  Just in March 2012, Indiana had four positive rabies cases all involving bats—including one incident at an Indiana University dormitory.  Typically, Indiana does not have any rabies cases until April.  State law requires all dogs, cats, and ferrets 3 months of age and older be vaccinated against rabies.  Either a 1-year or 3-year vaccine may be used.  Indiana does not provide vaccination waivers to any animals due to medical conditions.

Rabies is not the only disease for pet owners should be more aware of this spring.  Reports say that heartworm disease will be on the rise this year due to the warmer weather.  Another disease rearing its ugly head is distemper.  The city of Dallas is experiencing an outbreak of distemper in raccoons.  Although humans cannot contract the disease, companion animals can, and they should be vaccinated to prevent illness.  This summer will be unusual, insect-wise, so be prepared to take steps to keep family pets healthy from disease-carrying vectors. 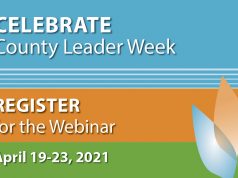 Farm Bureau Encouraging Farmers to Get Involved in Their Community