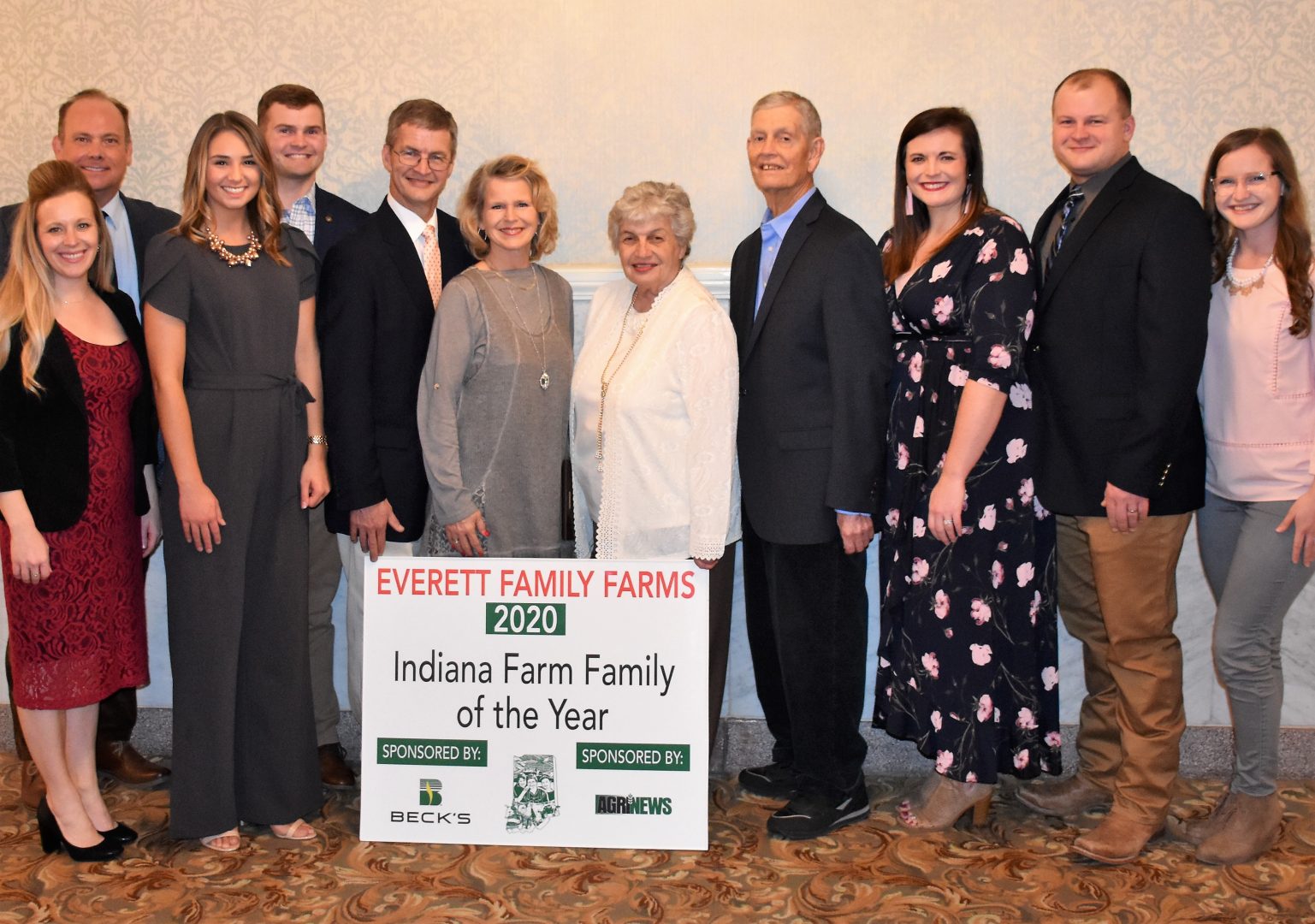 The new Indiana Farm Family of the Year says knowing how to work through family problems and serving the Lord and community have kept the farm in the family in Boone County. The Everett family was honored during the Indiana Farm Bureau State Convention in December, the 23rd such honor, and sponsored by AgriNews and Beck’s Hybrids.

“My great grandfather bought the farm about a hundred years ago, and we raise corn, soybeans and wheat and no livestock,” he said. “We thought four kids was enough and we don’t need any livestock. We just enjoy being a good family and my parents taught me at a young age to work hard and serve the Lord and serve the community, so we do all that.”

And those family problems they’ve had to work through? It’s inevitable in any family business.

“It’s like any family or any marriage, there’s a lot of arguing, a lot of disagreements, and you have to learn how to fight well. I don’t mean fight good, but fight well, and that’s something my father and I had a lot of challenges when I first came back. He had his ways and I had my ways, and now I’m seeing it firsthand because I have sons who are trying to tell me what to do. So, we’re having to learn how to work together, and I think most successful farms have to learn that.”

Doug Everett knows all about the Farm Family award, and he was humbled that his family is now in such company.

“We know several of the previous winners, and we don’t really consider ourselves at their caliber, but we really appreciate the award and were humbled by it,” he told HAT. “There’s a lot of outstanding farmers in this room and to represent them is a big honor.”

The family was honored in its 100th year during Indiana Farm Bureau’s 100th celebration, just one of many ways that Farm Bureau is interwoven into so many farm family stories. Everett tells another one.

“When my great grandfather started the farm 100 years ago, our neighbor across the street was the state Farm Bureau president, in the 1930’s, so it’s kind of a small world.”

What else does it take to last 100 years? Doug said teamwork, hard work and low debt are all a must.