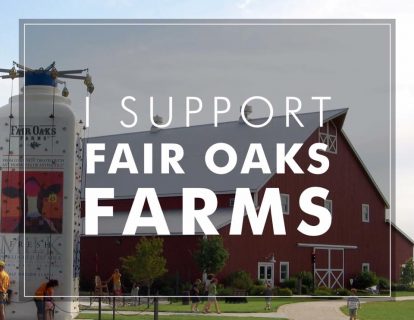 What are the takeaways from the recent premeditated, well-coordinated attack on the Fair Oaks dairy farm? Yes, I chose the word attack deliberately because that it what it was. Despite what you read in the media, this was not about protecting animals from abuse but all about  tarnishing the image of a high profile dairy operation, influencing public opinion, and raising money for an organization with an agenda. But none of this is new, so let’s step back and take a big picture look at the situation.

The reaction by farmers, especially dairy farmers, has been twofold. On the one hand, many are scared to death and intimidated as one of the nation’s largest, best managed, and responsible operations became the center of a national media hatchet job. They are reluctant to open their farms to consumers and to discuss agriculture with the public.  On the other hand, others have become even more outspoken and energized about engaging with the public and explaining what really happens on a farm and about showcasing the values of animal care and environmental responsibility that farmers hold.

Unfortunately, there has also been a good deal of finger pointing within the ag community as small operations use the situation to criticize larger operations.  This approach is damaging to everyone in farming and serves no purpose except to strengthen the hand of those who want to wipe out the farmer.

Consumer reaction has been predictable.  Many have believed the bias and sensationalized media coverage without question. While media coverage will soon fade and public attention will be grabbed by the next celebrity scandal or Trump tweet, slowly but surely public opinion is being influenced by these videos.  Michele Payn, author, dairy farmer, and expert on consumer attitudes about food,  says some consumers are getting angry about having their food choices manipulated by activists and food retailers. It seems these paranoid chains  are quick to pull food brands when a few people bash them on Facebook.

Payn states that farmers and consumers can find common ground about efforts to limit food choices based on false science or activist agendas.  She points out in her upcoming book on food bullying, that food should be about celebration not condemnation. She says, “Most consumers, while concerned about food safety and animal care, also really want to go to a store and be able to afford food for their family.” I’m not surprised that they do not want to pay $8 a gallon for some special milk from cows that were milked by hand while listening to classical music, are you?

Payn is hopeful that a united farmer-consumer voice will begin to push back against the increasingly aggressive efforts by activist groups to control the conversation about food. As for the media, I feel both news media and social media are sowing the seeds of their own downfall.  I hope that sooner or later consumers will become so distrustful and disenchanted with both that they will turn away in favor of a source that will consistently present something closer to the actual truth.

The final takeaway is that this will happen again. No matter how careful we are or  how transparent we are, these self-serving groups with an anti-agriculture agenda will continue to attack. Our best defense is to unite, hold each other up, and speak the truth.