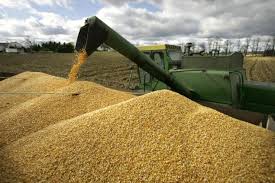 China’s State Administration of Grain in a statement this week confirmed the country plans to end its corn stockpiling program. Pro Farmer’s First Thing Today reports that China will move towards a program that will subsidize corn growers and encourage commercial firms to buy grain from farmers at market prices. This effort is aimed at improving efficiency on farms and bringing domestic prices more in line with international prices, thus slowing imports. Chinese corn prices are typically 30 percent to 50 percent above the international market. The new policy will take effect at the start of the 2016-2017 marketing year in October. China has already ended stockpiling programs for cotton and soybeans and the government says it will look into reforming its two remaining such programs for wheat and rice.

A statement from U.S. Grains Council President and Chief Executive Officer Tom Sleight on the change in Chinese policy said, “Like others, we are closely following the market implications of the announcement from China that it will end its corn stockpiling program and reduce its surpluses of corn that have negatively impacted global markets. Our offices in Washington and Beijing have been monitoring signals that reforms were coming. While we are surprised they have been accelerated, we are hopeful they will be a step in the right direction toward more market-oriented decisions related to the supply and demand for corn.”